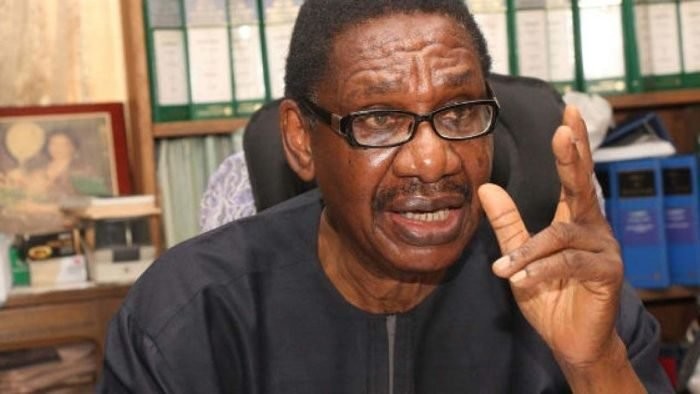 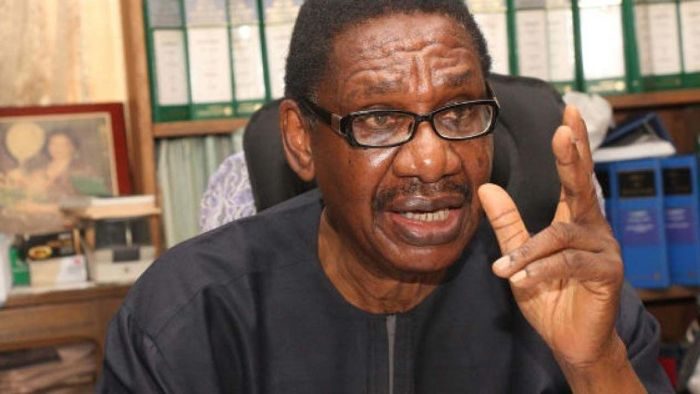 Chairman of the Presidential Advisory Committee Against Corruption (PACAC) Prof. Itse Sagay (SAN) on Sunday faulted the re-arrest of Omoyele Sowore by the Directorate of State Services (DSS).

He said the secret service owed Nigerians an explanation for invading the premises of a Federal High Court in Abuja to re-arrest Sowore.

The DSS said in a statement that Sowore “resorted to acts inimical to security” shortly after being released from custody.

“The service is committed to the discharge of its mandate of detecting and preventing threats against the internal security of Nigeria,” the DSS said in a statement by its spokesman, Dr Peter Afunanya.

“However, the re-arrest of Sowore looks bad on the surface in the sense that the man was released a day earlier, and he was in court the next day to answer the charges and he is arrested.

“I feel that Nigerians are entitled to an explanation. It’s not something you can do and keep quiet. It’s not alright. There is something wrong in that. They could have a good reason, but they should tell us what that reason is.

“They cannot be quiet about it and if they are justified, I will be the first to say yes. But they cannot do it and keep quiet and expect everybody to accept it.”

On DSS, reason for re-arresting Sowore, Sagay said: “The question I have is: the offence they are re-arresting him for, did he commit it after he was released? That is very critical.

“If it is something he had said before, then I don’t see any justification for his re-arrest, because he has been given bail.

CHECK IT OUT:  Governor Bello Reveals When He Will Clear Backlog Of Salaries In Kogi

“But if it is something fresh – maybe he said something after he was released that constitutes a security risk or is a danger to the country – then they should make it clear so that we are not confused.”

The Presidency described Sowore as “the agitator”, who must be a “person of interest” to the DSS after openly calling for a revolution.

“Nigerians do not need another spate of lawlessness and loss of lives all in the name of ‘revolution’, especially not one that is orchestrated by a man who makes his home in far away New York – and who can easily disappear and leave behind whatever instability he intends to cause, to wit, Nnamdi Kanu. This is a matter for the DSS, acting under its powers,” it said.