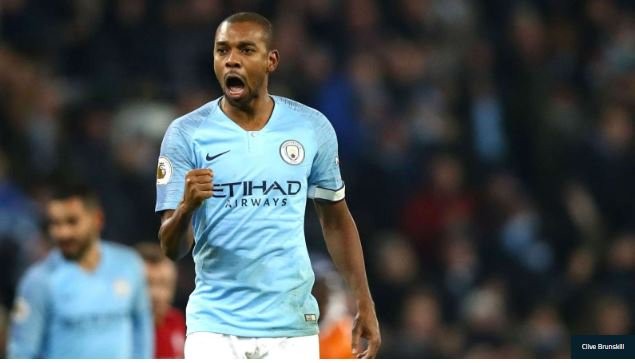 Fernandinho has said Manchester City are competing ‘like animals’ in their pursuit to retain their Premier League crown.

City moved one step closer to achieving that aim on Wednesday night when they beat local rivals Manchester United 2-0 at Old Trafford.

The victory moved them ahead of Liverpool in the title race, with three games remaining for each club as the season draws to a close.

Speaking after the Manchester derby, Fernandinho believes that the performance on Wednesday highlights City’s battling qualities ahead of the final weeks of the 2018/19 campaign

“Yes [we are fighting] – but not just tonight, in general every game,” the midfielder said after the victory.

“Especially last Saturday after the defeat [over two legs] against Tottenham, the way we played from the first minute.

“We showed the desire in competing for every ball like animals. I think this is the spirit of a team that wants to be champions.”

“The important thing we talked about before the game was we cannot concede any goals, because we have the players up front who can score the goals for us.

“In any action they can create any chances and score goals, and that is what happened.

“The first half was a little bit weird for us because we couldn’t find the space we find every game but in the second half we found the space and created a lot of chances to score. Finally we scored two goals. It was a massive three points.”

CHECK IT OUT:  See Why Arsenal’s Big Match Against Vitoria In Europa League Has Been Moved To Wednesday