Buhari Vs Atiku: When You Rig Yourself Into Power, There Will Be No Peace – Shehu Sani Blasts President-Elect - NaijaCover.Com
Skip to content 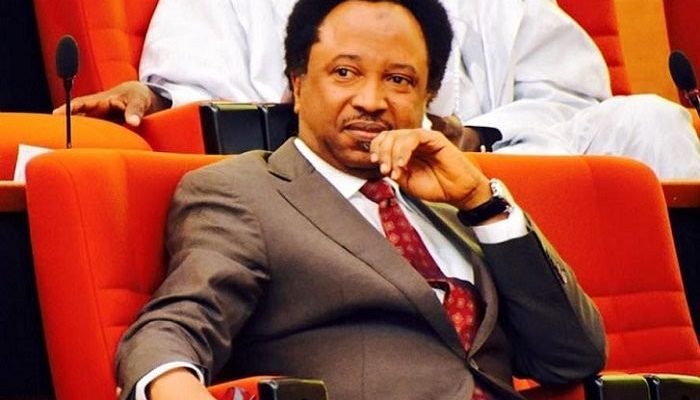 The lawmaker representing Kaduna Central senatorial district at the National Assembly, Shehu Sani, has condemned the current administration for rigging themselves back into power during the 2019 elections.

Sani said that President Buhari cannot claim that what he has experienced during the election was a legacy of what he wants to leave for Nigerians.

The lawmaker also hailed former President Goodluck Jonathan for the peaceful conduct of the 2015 elections.

Senator Sani said that the violence that followed the 2019 elections vindicated Jonathan.

According to the lawmaker, during the 2019 elections, various political players made inflammatory utterances and hate speeches that prepared the ground for the violence.

Sani, who dumped the ruling All Progressives Congress, APC, few months to the general elections, said, “One singular statement made by former President Jonathan that no blood of any Nigerian was worth his own ambition set the tone for non-violent elections at that material time,” according to Guardian.

“The bodybags comments made by the Governor of Kaduna State and other bloody comments, inciting statements and hate speeches, with the desperate use of violence on people and against people by those in the position of power have seriously stained and tainted the credibility and transparency of the 2019 elections.

“We have never in history seen how public resources were shared to voters to vote for public office holders and for candidates.

“When a nation descends to the very point that leaders have to pay to be elected into offices, then the soul of that nation has been buried along with dishonor.

“We have created a new form of politics and electioneering process where people buy themselves into public office or use violence for them to assume the position of power.

“One of the foremost cardinals of democracy is the ability, opportunity and the rights of people to elect their leaders into office.

“But when that process is destroyed, undermined and decimated, then the legitimacy of the people who are going to be in office will be seriously questioned. This is where we find ourselves today.

“You can’t use violence and public resources to get yourself into the office and then claim any form of credibility. And I am saying it very clearly that as long as leaders would perpetrate injustice, undermine the basic principles of credible elections and rig themselves into power, they have lost the moral right to call for statesmanship or sportsmanship.

“You cannot rig election, destroy the foundation of democracy and demand peace, unity and order among the people.

“If the foreign observers were categorical in their condemnation of the gross destruction of the electoral process as it was done in the presidential and National Assembly elections, there could not have been the violence that we have seen.

“They were mild and modest in their reportage, assessment and conclusion on what has happened.

“I can say that President Buhari cannot claim that what he has experienced today is a legacy of what he wants to leave for Nigerians.

“And I will also point out that if there is going to be seriousness in tackling electoral malpractices in Nigeria, then there must be sanction on those perpetrating it.”

CHECK IT OUT:  Nasarawa: Police Arrest Woman Over Kidnap Of Friend’s Mother

The post Buhari Vs Atiku: When You Rig Yourself Into Power, There Will Be No Peace – Shehu Sani Blasts President-Elect appeared first on Naijaloaded | Nigeria’s Most Visited Music & Entertainment Website.