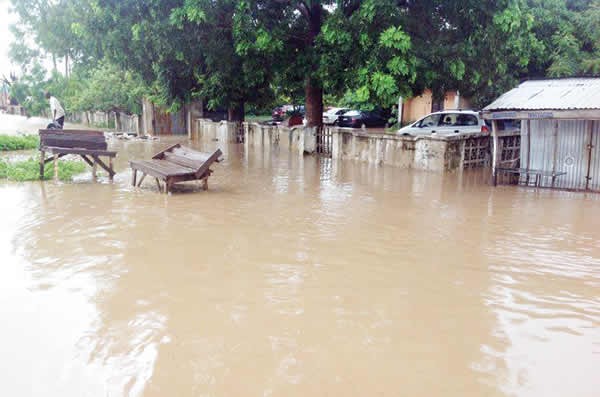 Two persons have died in a flood after a heavy rainfall in Uyo, the Akwa Ibom state capital.

The victims, a man and woman, were discovered in a gutter along Atiku Abubakar lane by GWT fuel station in Uyo after the rain that started at about 5:30pm on Sunday and stopped by 6:45pm.

According to Daily Trust, Ms Uduak Mbakara, a witness, said the unidentified victims, who were found dead inside the gutter on Monday morning were not residents of the area.

She stated that residents of the area called the police who promptly responded and took the corpses away.

“We woke up this morning (Monday) to find the corpses of a man and a woman in the gutter along Atiku Abubakar lane. Since we could not identify them, we called the police who came and carried the corpses away,” she said.

Police spokesman in the state, Odiko Macdon, confirmed that the police have taken the corpses and deposited them in a morgue.

He said the police believe that the victims were electrocuted by the naked electrical wires inside the gutter as a result of a fallen electrical pole, adding that no foul play was suspected in the death.

“Preliminary investigation reveals that the victims were electrocuted because some fallen electrical poles were found around the area, giving the impression that they died of electrocution. But our investigations have not been concluded,” he stated.

CHECK IT OUT:  Tee Billz shares more loved-up photos with his new lover