TRANSFER LATEST!! Eden Hazard Reveals What He Told Chelsea About His Future - NaijaCover.Com
Skip to content 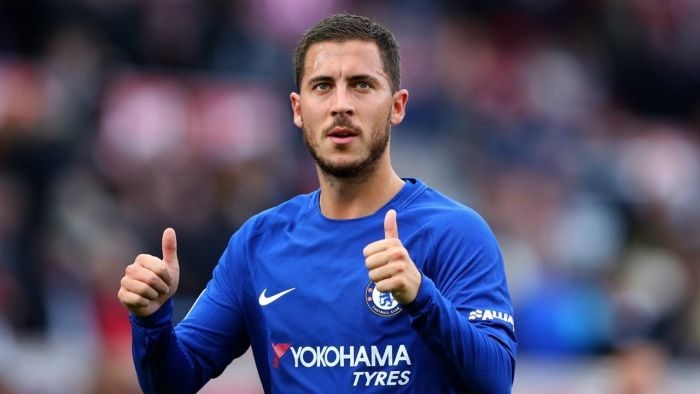 Eden Hazard says he has told Chelsea whether he wants to stay or leave the club this summer and is waiting for his future to be resolved.

The Belgium international forward says he informed the club two weeks ago and was hoping for a resolution before now – but expects it to happen after the Europa League final.

Hazard has just a year left on his contract, having joined Chelsea from Lille for £32m in 2012.

And after a substitute outing in Sunday’s 0-0 draw at Leicester, he revealed he has made the club aware of his decision.

“Yes. A couple of weeks ago. Yes, I have made my decision but it is not just about me,” said Hazard.

“I have made my decision, that’s it.”

When asked if his future will become clear after the Europa League final against Arsenal on May 29, he added:

“I think so. We have a final to play and then I will see.”

CHECK IT OUT:  EXCLUSIVE!! Kizz Daniel’s December 26th Concert Will Still Hold As Court Snubs G-Worldwide’s Moves Because Of This (WATCH VIDEO)