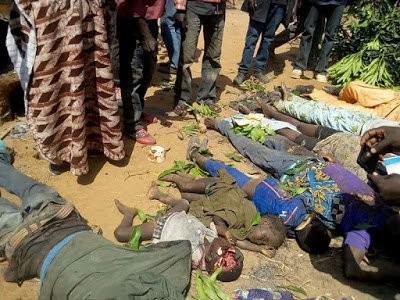 The Abia North Senatorial candidate of the Accord Party (AP) in the just-concluded February 23 National Assembly election and now, a chieftain of the All Progressives Congress(APC), Chief Onyekachi Iheme, has slammed the opposition Peoples Democratic Party (PDP) over the insecurity threatening the unity and corporate existence of Nigeria.

Iheme insisted that the upsurge in insurgency, banditry, and kidnapping in most parts of the country were as a result of the sixteen years failed leadership of PDP.

The APC chieftain, who spoke in a telephone interview with me on Sunday night, also insisted that the former ruling party failed to tackle the insurgencies headlong when it started under its watch.

He opined that the APC-led federal government commitment in fighting and ridding Nigeria of corruption deteriorated the insecurity in the land.

His words, “It is the product of the failed PDP leadership. What you are seeing now is the result of the failure of the PDP leadership to give the country a direction. So, people were doing what they liked, benefitting what they did not work for. You will agree with me that this issue of insurgency, terrorism banditry and kidnapping did not just start from the present President Muhammadu Buhari-led government. You will also agree with that the insecurity got worsened during the Presidency of Goodluck Jonathan.

“Today, we are witnessing a direct assault on insurgency, because, the federal government is committed to fighting insecurity. The government is making every effort to ensure that the insurgency does not last longer. Normally, it had to get this high to come low.

This is not a time to play to the gallery. The federal government is not paying lip services to the insecurity ravaging the country. You should also understand that terrorism is now a global phenomenon. Terrorism is not only peculiar to Nigeria. Some parts of the world are experiencing insurgencies.

CHECK IT OUT:  Herdsmen Attack: How To Help Benue, Others – Ortom Tells Buhari Govt

“When the economy is in recession, when things are not working, when corruption is thriving, you have no other option than to indulge in crimes. A lot of people were benefitting from corruption. So, the anti-corruption fight of this government is what spring up this insecurity. Because of this government had decided to fight corruption, what do you expect? Crime and criminality will have to find a way out.”