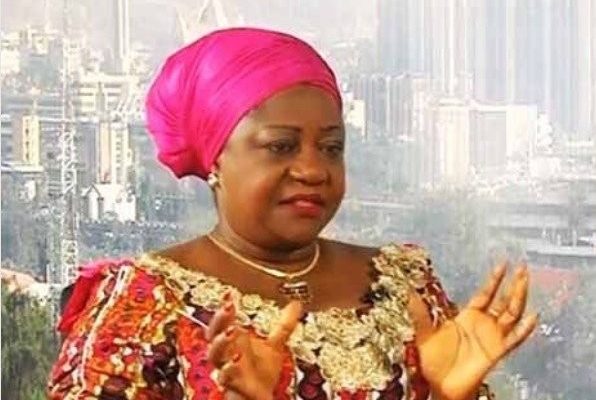 President Muhammadu Buhari’s Personal Assistant on Social Media, Lauretta Onochie, has reacted to the call by the Hope Democratic Party, HDP, to stop President’s inauguration on May 29th.

Naijaloaded recalls that HDP had appealed to the Presidential Election Tribunal to restrain President Muhammadu Buhari from his inauguration on May 29.

HDP made the appeal in a motion filed before the tribunal which is also seeking an order restraining the Chief Justice of Nigeria from swearing in, administering the oath of office and oath of allegiance to the president on May 29th, 2019.

In a motion on notice made available to journalists on Tuesday, the party filed the motion on 6 grounds pursuant to section 1 subsection 2 of the 1999 constitution as amended and under the jurisdiction of the tribunal.

“The law is settled that once the question of the validity of election of any person is challenged as to whether he is validly elected or not, that person is not competent to take office or assume the seat of power.

“The constitution of the federal republic of Nigeria prohibits and forbids that Nigeria or any part thereof be governed or taken over by any person or group of persons except in accordance with the provisions of the constitution”.

But reacting, Onochie, in a tweet on Wednesday morning wrote:

“Me: So they finally head for the court after obtaining a post dated injunction to stop the people’s will on May 29th without a case in court; Laughable.

CHECK IT OUT:  Apologise For Your Appointees Slap Of My Daughter – Okorocha Tells Ihedioha