FG Can Seize Assets Even Without Corruption Allegation – Osinbajo - NaijaCover.Com
Skip to content 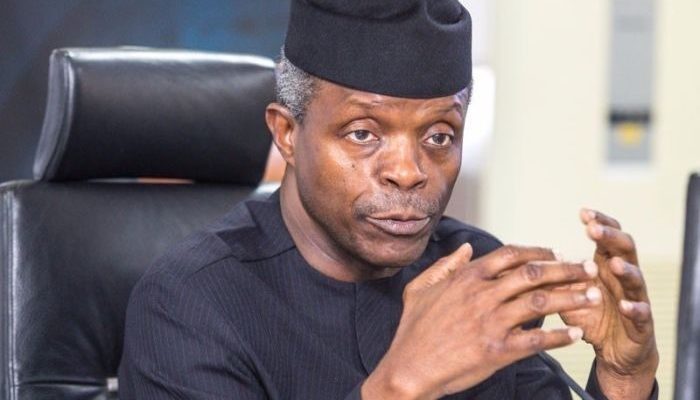 Vice President Yemi Osinbajo has said the federal government can seize assets from citizens who cannot explain the source of their wealth.

The vice president stated this yesterday while declaring open the anti-corruption conference organised by his office and the Presidential Advisory Committee Against Corruption (PACAC) in Abuja.

“The Supreme Court in a lead judgment of Akaahs JSC, recently held that forfeiture under Section 17 of the Advanced Fee Fraud and Other Related Offences Act is a civil process, which neither requires the criminal conviction of the property owner nor his innocence,” he said.

“This opens the door for forfeiture of assets that the purported owner cannot explain, whether or not an allegation of corruption is made,”Osinbajo explained.

According to him, corruption has made Nigeria’s debt and poverty figures double in spite of the highest oil revenues in Nigeria’s history

He said President Muhammadu Buhari-led administration is not deceived into thinking that it has won the battle against corruption as it was tackling grand corruption first.

“By that, we mean the stealing of huge public resources directly from the treasury; usually at the highest levels of executive authority; and the stealing of budgeted funds through various schemes,” he said.

CHECK IT OUT:  Do You Agree? Over 70 Percent Of Nigerians Can’t Afford Two-Square Meal – ASUU Warns FG Of Revolution