How I Was Drugged, Gang-Raped In Lekki Hotel – Lady Tells Court - NaijaCover.Com
Skip to content 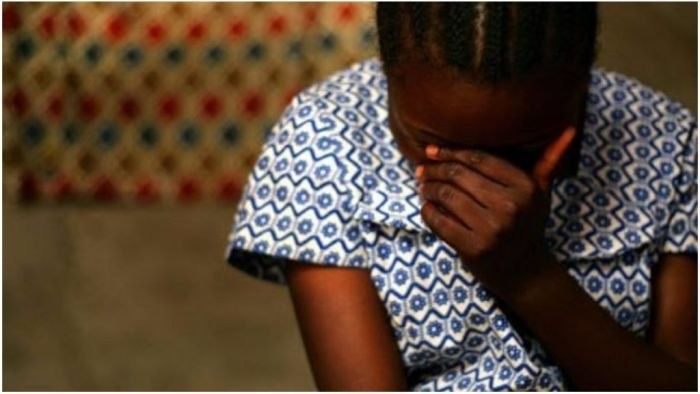 A 24-year-old woman (name withheld) on Wednesday narrated to an Ikeja Sexual Offences and Domestic Violence Court how she was allegedly drugged by her friend at a nightclub and subsequently gang-raped in a hotel in Lekki, Lagos.

The News Agency of Nigeria (NAN) reports that the woman, the first prosecution witness, testified in the trial of two dropouts of Babcock University – Don-Chima George, 25, and Olusegun Rasak, 28, charged with rape.

Led in evidence by Dr Jide Martins, Director of Public Prosecutions, Lagos State, the witness told the court that she was invited to Kabaal Nightclub situated at Ikoyi, Lagos, by George who was her friend.

The alleged rape victim, who testified for one and half hours, said: “Initially, I did not want to go, I was hesitant, I told Chima but he insisted I come. He also said that his birthday was a few days away and he was to celebrate it.

“I agreed. That was not the first time we had gone out together as friends so there was nothing out of the ordinary. He asked me to meet him at the De-Lankaster Hotel. We were supposed to leave from there to the club.

“I got there because I knew where it was. Segun Razak was there in Chima’s room already; I waited a few minutes for everyone to get ready, and we left the hotel to go to the club.

“We got there, nothing out of the ordinary happened; while at the club, at about 4am, I told Chima I was tired and wanted to go home.”

She told the court that George gave her a glass of Hennessey and Coca cola to drink, saying that the drink was the only one she had at the club before she dropped off George at the De-Lankaster Hotel.

“I drove and Chima was in the car with me, and I had to drop him at the hotel. Segun Razak drove his car and had his friends in his car. We made a few stops at Automated Teller Machines to get some money for the Lekki Toll Gate.

“From there, we proceeded to the hotel, when we got there, I proceeded to say hello to the other occupants of Segun’s car.

“When I went into the reception area, I found a mutual friend of ours called Foluso; he was pretty drunk. Being the person that I am, I decided not to let him stay in the reception area. I helped him and took him up to Chima’s room.

“While he was lying down, I was watching a movie on my phone and from that moment, I do not recollect anything because I passed out, which was out of the ordinary because I usually remember when I fall asleep,” she said.

At this point, the witness broke down in tears, narrating how, in her subconscious state, she was allegedly gang-raped by George and Razak.

She said: “My next recollection after passing out was being in a state that I wasn’t in ordinarily. I felt drunk but I knew I wasn’t because I did not drink enough to make me drunk.

“I felt weak and I could feel hands grabbing me and I could also hear a voice in the room which I knew to be Chima’s voice and I felt Segun on top of me having sex with me.

“I felt his (Segun) dreadlocks on my body because he had dreadlocks. I remember trying to push him off as he was touching me. He was touching my breasts and I could feel another pair of hands on my thighs.

“I was in a state where I was not conscious but I had a sense that I could hear them. I woke up around 7am. When I woke up, I was confused and I was trying to recall what happened.

CHECK IT OUT:  See What Adekunle Gold Said When A Follower Asked Him To Do Giveaway

“I did not consent to the penetration, I am 100 percent sure I am not in a relationship with both of them.”

The witness said that when she woke up, she confronted George who denied any form of sexual relations between them.

“I could feel my vagina sore; I knew that a sexual act had happened. When I woke up, Chima was in the room with me; he was sitting in a chair opposite the bed. He was on his phone.

“He said, ‘No’ and I told him: `If we didn’t, why is my underwear (pant) not on?’ He did not say anything. I started looking for my underwear.

“I was thinking that this is my friend, he would not do that to me. I finally found my underwear under the duvet, I grabbed it, grabbed my wig and car keys and went downstairs,” she said.

The witness said that she left the hotel in tears, shock and confusion, and did not want to go home in her traumatised state.

The witness told the court that she informed her trusted friend called Musa and his girlfriend, Seyi, about the alleged incident.

“Musa was angry, he asked me where the hotel was. At first, I did not want to tell him, I just wanted to go home and forget it ever happened but he told me I cannot let them get away with it.

“Musa’s car was tinted so they did not know I was in the car, they brought them out so I could see them but they could not see me.

“I could hear them being questioned. They did not verbalise that they did it but I could tell from their body language that they knew they were caught.

“When these were going on, people started coming outside,” she said.

The woman told the court that she went to Maroko Police Station where Musa, Bisoye and she made statements, adding that on Feb. 5, the case was reported to the Gender Unit of the state police command.

She said that she went to the Amethyst Hospital, Lekki, and the Mirabel Center, for medical examination.

The woman testified that her friends who reported the alleged crime were victimised by the families of the defendants.

“I feel betrayed most especially by Chima. You were supposed to be my friend. I have no personal relationship with Segun Razak, I only know him as Chima’s friend.

“I have never been to Segun’s house; I have never met his parents or his other family members. I knew Chima as a friend, I have met his dad, I remember his father telling me how he thought I was a good influence on him.

“For all these to happen, I feel hurt, I feel betrayed,” she said.

NAN reports that the defendants are alleged by the police to have committed the offences on Feb. 3, from 5.00am to 7.00am at De-Lankaster Hotels, Lekki Phase 1, Lagos.

While at a nightclub, the defendants allegedly mixed the complainant’s drink with a substance that rendered her unconscious.

The police alleged that the defendants took turns to rape the woman in the hotel and videotaped the sexual offence.

According to the prosecution, the offences contravene Sections 258 and 409 of the Criminal Law of Lagos State, 2015.

Justice Abiola Soladoye adjourned the case until June 13 for continuation of trial.

The post How I Was Drugged, Gang-Raped In Lekki Hotel – Lady Tells Court appeared first on Naijaloaded | Nigeria’s Most Visited Music & Entertainment Website.