“Why Dino Melaye Might End Up Becoming The Next Governor Of Kogi” – Fani Kayode Reveals - NaijaCover.Com
Skip to content 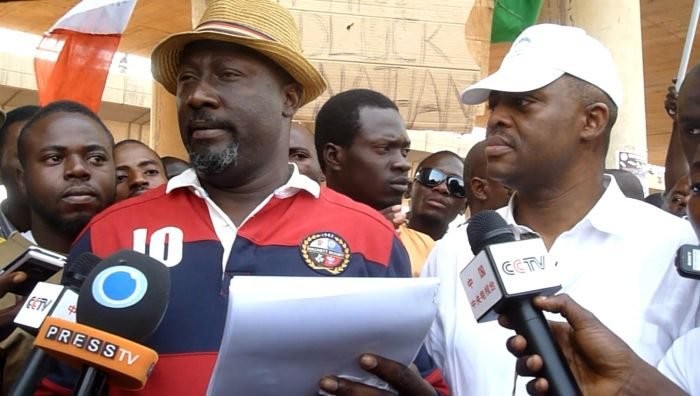 A former minister of aviation, Femi Fani-Kayode has said that the lawmaker representing Kogi West at the Senate, Dino Melaye might end up becoming the next governor of Kogi state.

Melaye had stunned many Nigerians after he officially declared his intention to run for the office of governor in the November governorship election coming up in the state.

The ex minister while reacting to a video of the senator singing a gospel hymn at the floor of the Red Chamber in the valedictory session of 8th senate said those who “praise the lors before men” will be honoured by God before the world.

He said via Twitter on Saturday that the lawmaker might just become the next governor of the state, if he continues in that manner.

See what he wrote:-

When you praise the Lord before men, He honors you before the world. When u call His name, even in the presence of heathans and unbelievers, He blesses u and gives u the fat of the land. If my aburo @dino_melaye goes on this way he may end up being the next Governor of Kogi state.

The post “Why Dino Melaye Might End Up Becoming The Next Governor Of Kogi” – Fani Kayode Reveals appeared first on Naijaloaded | Nigeria’s Most Visited Music & Entertainment Website.

CHECK IT OUT:  WOW! Read How Real Madrid Squad Rejected Jose Mourinho’s Return To The Club