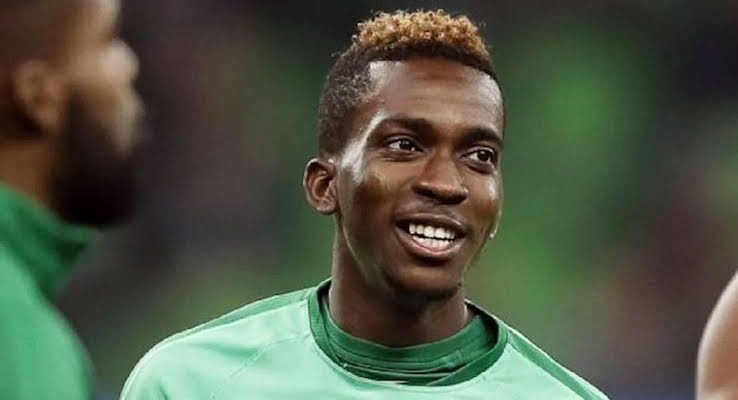 The Nigerian forward is a fringe player for the national team, but the Franco-German manager hopes he can seal his spot during his time in Turkey

Head coach Gernot Rohr believes Henry Onyekuru can be an important player for the Super Eagles should he enjoy playing time and success at his new club Galatasaray.

Onyekuru earned his call-up to the national team set up in 2017 following a fascinating spell at Belgian side KAS Eupen where he smashed in 30 goals and contributed 11 assists in just 60 games.

Save for a successful loan spell at Galatasaray in 2019 when he played a vital role as the Lions powered to a league and cup double, Onyekuru has struggled to settle down and establish himself at a club.

The 23-year-old never featured once for Everton despite a multimillion euros transfers and has spent time on loan at Anderlecht and Galatasaray.

One and a half years after joining Monaco, Onyekuru has only played eight matches for the Ligue 1 side, providing two assists and zero goals.

But Super Eagles coach Rohr’s soft spot for the speedy winger has often seen him called up for national engagements.

Onyekuru, though, remains behind the likes of Samuel Chukwueze, Samuel Kalu, Moses Simon, and Ahmed Musa in the wide forward position.

The former Everton signing can also do a decent job in the central striking role, but Victor Osimhen is almost untouchable, and the trio of Cyriel Dessers, Paul Onuachu, and Kelechi Iheanacho has served as able deputies.

Rohr, though, is convinced that Onyekuru can elevate his Super Eagles status with a positive outing in Turkey.

CHECK IT OUT:  [FULL ALBUM] Bawizo – Other Side Of Bawizo

“I hope that he can finally play and give us more competition to the ones that are playing now,” the former Gabon coach told ESPN.

“He is a very good player. We like him, but he has to play like everybody, and I hope that he plays.”

Onyekuru, who signed a six-month loan deal recently, is committed to the Yellow-Reds until June 30, with the Istanbul giants holding an option to buy.

Galatasaray currently occupy the second position on the Super Lig table, and Onyekuru will be keen to replicate his success in his first spell at the club.