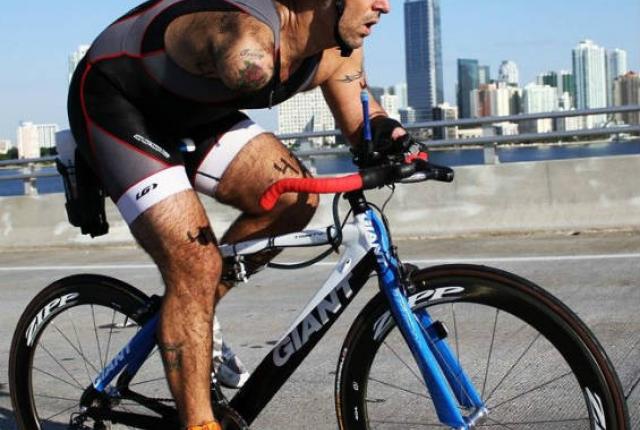 What is your reason to give up? History has experienced the most distinguished success by both genders in due course of time. These successes are even more palatable to the ears if they are traced and credited to those who people have already given up on.

It takes a lot of commitment for a full-bodied man to achieve a feat like success; meanwhile, we have witnessed so many physically challenged people who stood out to level fame.

Now, we are about to go through the profiles of people (home/abroad) with disabilities who rose and rising above even the fully functional people to claim their desired fame.

1. Cobhams Asuquo: A Nigerian producer per excellence, I do not know how producing music works, but I am 70% confident the presence of sight would be very much needed in the job.

Then if my assertions are true, how on earth is it possible for a man who was born blind to outsmart so many people in the same league even though they are not challenged physically as him? Cobhams despite being blind have won so many awards in the Nigerian entertainment industry which so many people with their 2 broad eyes opened would find it difficult to beat, he also sings and writes songs, his recent award outside music promotion includes winning the best recording in the 2014 headies award ceremony in Nigeria.

2. Hellen Keller: In the history of education, this woman was the first ever to merit Bachelors degree in Arts, Even though she was blind, she stood by herself and despite her disabilities, she went on to go for what she wants and earned her to be one of the most celebrated authors in the history of USA.

CHECK IT OUT:  How My Husband Beat Me Up On Christmas Day For No Reason – Woman Laments

Think about how easy it would be for a blind person to succeed in becoming a professor of Arts while thinking about it, I am so glad to tell you she was also a political activist which she had the leading hands in establishing the American Civil Liberties Union (ACLU).

How great this is? And lest I forget, did I tell you she was not just blind. She was also deaf.

3.- Don Geo: This name might not stand to be heard enough in a country of so many singers, Don Geo is a Nigerian rapper who got his right hand amputated as a result of an ugly incidence that happened to him when he was young. He never for once lost hope in chasing his dream of becoming a rapper despite knowing he would forever hold the microphone with one hand.

Even though he’s among the most talented upcoming rappers in the country. We have known and seen so many good and talented people in the industry as well that gave up music as a result of one or more circumstances which is not in any way comparable to getting amputated in their parts of the body.

4.Stevie Wonder: So many people can get acquainted with this name even though they know little or nothing about the man behind the name.

I should simply call him American version of Cobhams, Blind man with great insights. His name which has already turned to a lingo in and outside his country gives him continuous recognition throughout the world.

He is a winner of so many awards and still ruling the music world of his own.

CHECK IT OUT:  DO YOU AGREE?? Paul Scholes Reveals The Match That Might Cost Liverpool The Premier League Title

5.Yinka Ayefele: A Journalist turned musician. Yinka Ayefele, OON is a Nigerian gospel singer who used his bitter experience to transform his lifestyle into a very sweet experience.

He started as a journalist and a broadcaster on a national radio station before he got an auto crash which damaged his spinal cord and confined him to a wheelchair for over 18 years.

Despite all odds, he stood firm and followed his friend’s advice to start a musical career and today he is one of (if not) the most successful gospel artistes in the country.

The crippled man is a recipient of over 200 awards which includes ‘Member Of The Order Of Niger’ awarded by the former president Jonathan of Nigeria.

So, back to my first statement above. What is your excuse for giving up? Are you going through some odd moment of life whereby you are already thinking of giving up? Stand up to your feet, you are not physically challenged, and even if you are, the profiles of these people should inspire you to say no to defeat in your life.

No matter how tough the road seems, there is always a light at the end of the tunnel.

The post [Must Read] Top 5 Physically Challenged People Who Did And Doing Great In Their Careers appeared first on Naijaloaded | Nigeria’s Most Visited Music & Entertainment Website.