Horror! How Nigerian Man Ayoola Ajayi Kidnapped, Killed And Burned A Lady In US (Photos) - NaijaCover.Com
Skip to content 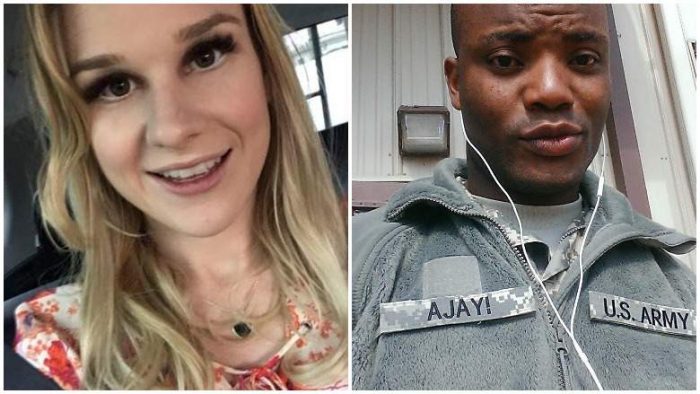 The law has caught up with a 31 year old Nigerian, Ayoola Adisa Ajayi for murder.

The Salt Lake City Police department confirmed that the Nigerian national was arrested and charged with aggravated murder and kidnapping in the case of missing Utah student, Mackenzie Lueck.

Mike Brown, the Police Chief said DNA testing shows that during a search of Ajayi’s residence, human tissue was found and subsequent DNA testing showed it was a match for the missing woman, who disappeared on June 17th.

“I will not be saying the killer’s name again,” Brown said, reported the Salt Lake Tribune, after announcing the suspect’s arrest.

Lueck, a 23-year-old University of Utah student, arrived in Salt Lake City from California after attending her grandmother’s funeral. She texted her parents when her flight landed before getting a Lyft to Hatch Park, which is about eight miles from her home. She met a person at around 3 a.m. and left in another car but three days later, her parents reported her missing.

When his neighbours were asked, they revealed that they allegedly saw Ajayi “burning something in his back yard with the use of gasoline” on June 17 and 18. The victim’s other body parts were spotted which has now been forensically determined to be female human tissue.

He also sold a mattress online in an attempt to get rid of the evidence.

Lueck’s last communications were with Ajayi, who was briefly a member of the Utah Army National Guard in the past, but he was discharged and the location of the deceased’s and Ajayi’s phones pinged at a park within less than a minute of each other, at which time her phone stopped receiving data around 3 a.m. on June 17.

CHECK IT OUT:  Nigerians Have Right To Protect Their Domains – Kwara Monarch