I Am “By Far The Best” Player In MLS Than Carlos Vela – Zlatan Ibrahimovic Boasts - NaijaCover.Com
Skip to content 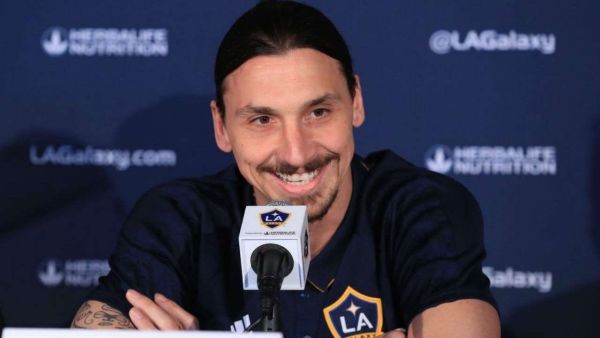 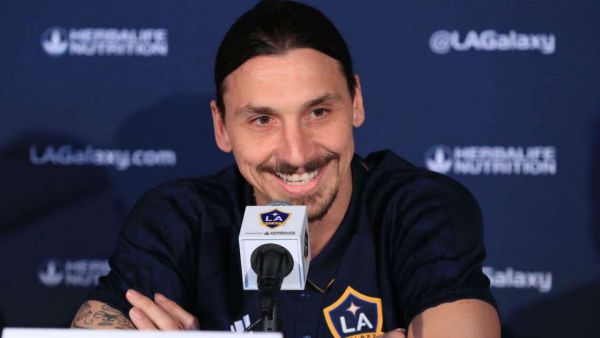 The Swede offered a brutal assessment of the ex-Arsenal star when asked how the two compare, insisting that theres a ‘big difference’ between them

LA Galaxy striker Zlatan Ibrahimovic claims he is “by far” the best player in the MLS, dismissing any comparisons with Los Angeles forward Carlos Vela because he’s “in his prime”.

The 37-year-old moved to the United States in March 2018 after his contract with Manchester United was terminated, ending a two-year stint in the Premier League.

The former Sweden international’s first season in the MLS was a huge success, as he netted 22 goals in 27 matches to help the Galaxy fight for a playoff spot.

Ibrahimovic has hit the ground running again in 2019, with 13 goals to his name from 16 outings, but he is second in the race for the Golden Boot by some distance behind Vela.

The 29-year-old has hit 19 goals in 19 appearances for LAFC, firing Bob Bradley’s side to the top of the standings in the Western Conference.

Galaxy play host to LAFC in a huge derby clash this Friday, and Ibrahimovic has declared his own talents are far superior to Vela’s ahead of their showdown at Dignity Health Sports Park.

Ibrahimovic is no stranger to fiercely contested derby matches, having taken in spells at AC Milan, Barcelona and Man United over the course of his illustrious career.

CHECK IT OUT:  Fulfill Your Electoral Promises Before Thinking Of Who Becomes The Next President – Pastor Giwa Tells Buhari

The Swede has featured in El Clasico, Derby della Madonnina and the Manchester derby, with a winning goal to his name on his MLS debut against LAFC last year.

Ibrahimovic went on to discuss the “energy” of such an occasion, before revealing that clashes between Inter and Milan at San Siro were the “most intense’ he’d ever experienced.

“That [derby] atmosphere keeps me alive, that keeps me on my toes,”

“Hopefully it will be a nice atmosphere like that on Friday. I think it will be. It gives you energy, it gives you adrenaline.”

“The most hyped derby I have played is El Clasico [between Real Madrid and Barcelona]. The most intense I have to go Italy. Milan-Inter, those were good games.”

Ibrahimovic’s last year at Old Trafford was blighted by injury, but he always had a burning desire to play in the United States and is happy that a move eventually came to fruition.

“I chose to come here because I said that one day I will play in America and I will show them how to play the game,” said Ibrahimovic.

“And unfortunately, I had an injury and it slowed me down and my process to come here.

“But in the end I came. And I’m feeling good. And I still feel like I can perform. And that’s the most important.”

The post I Am “By Far The Best” Player In MLS Than Carlos Vela – Zlatan Ibrahimovic Boasts appeared first on Naijaloaded | Nigeria’s Most Visited Music & Entertainment Website.