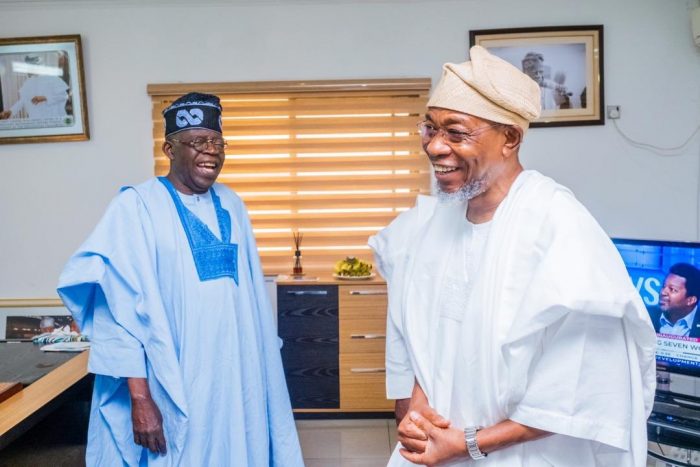 Minister of Interior, Rauf Aregbesola, on Wednesday, paid a visit to the national leader of the All Progressives Congress (APC), Bola Ahmed Tinubu.

Aregbesola, a former governor of Osun State, was among the 43 new Ministers sworn in by President Muhammadu Buhari in the nation’s capital, Abuja.

We had reported that President Buhari, on Wednesday, finally inaugurated his cabinet, 84 days after taking the oath of office for a second term.

Shortly after he was sworn in, Aregbesola was spotted at the residence of Tinubu, whom he had served as Commissioner for Works and Infrastructure, during his time as Lagos State governor.

Earlier, the new minister was at his new office (Ministry of Interior), where he was received by the Permanent Secretary, Barr Georgina Ekeoma Ehuriah.

It is believed that Tinubu lobbied the ‘juicy’ Interior portfolio for Aregbesola, who is often regarded as his ‘boy’ having worked for his emergence as governor of Osun State.

The APC national leader(Tinubu) is said to have presidential ambition ahead 2023, with many of his political sons now positioned in ‘key federal positions.’ 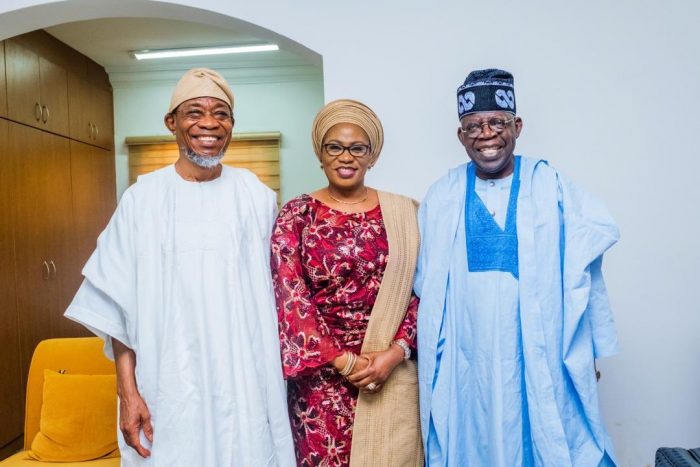 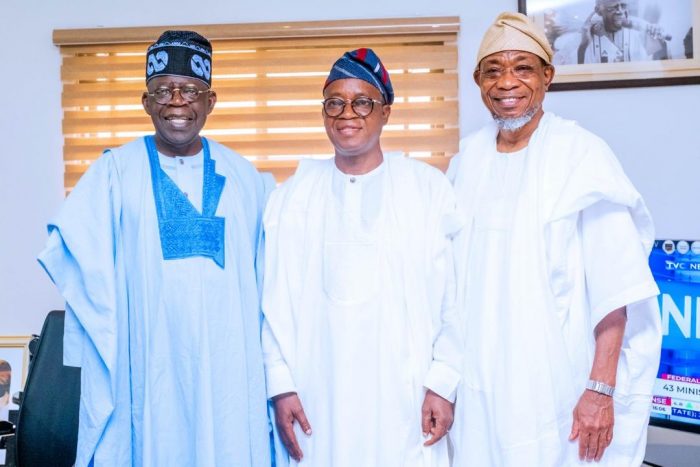 CHECK IT OUT:  PDP Reacts As INEC Presents Certificate Of Return To Douye Diri