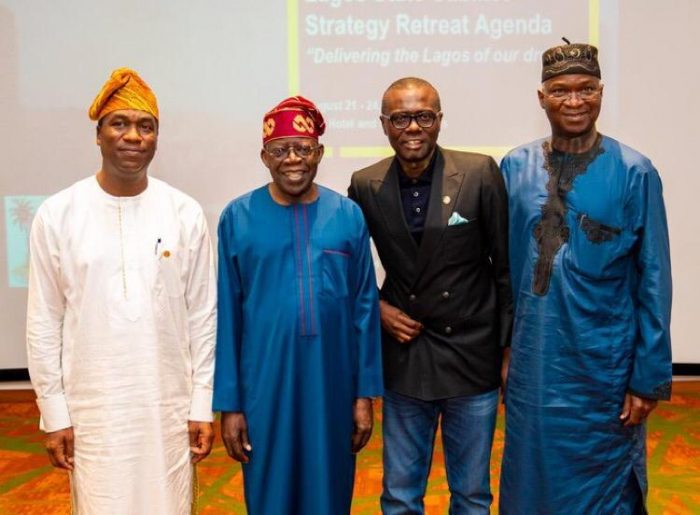 The retreat organized for members of the Lagos State Executive Council and Permanent Secretaries ended at the weekend with participants resolving to apply their expertise and energy towards achieving the vision of the Governor Babajide Sanwo-Olu administration.

The retreat, which held at the Eko Hotels and Suites in Lagos, aimed at fostering teamwork and unity of purpose among administrators who will be implementing key items in the governor’s development agenda in the ministries, departments, and agencies of government.

While former governors Bola Tinubu and Babatunde Fashola participated in the retreat, their successor, Akinwunmi Ambode, was conspicuously absent.

Mr. Ambode’s spokesperson, Habib Aruna, told us on Sunday that he does not know why his principal was left out of the retreat.

“You should ask them why they did not invite Mr. Ambode,” Mr. Aruna said over the phone.

“They are in the best position to know why they didn’t invite him.”

Mr. Sanwo-Olu’s spokesperson could not be reached on Sunday as his phone lines were switched off.

The governor is currently attending the 7th Tokyo International Conference on African Development (TICAD7) in Japan.