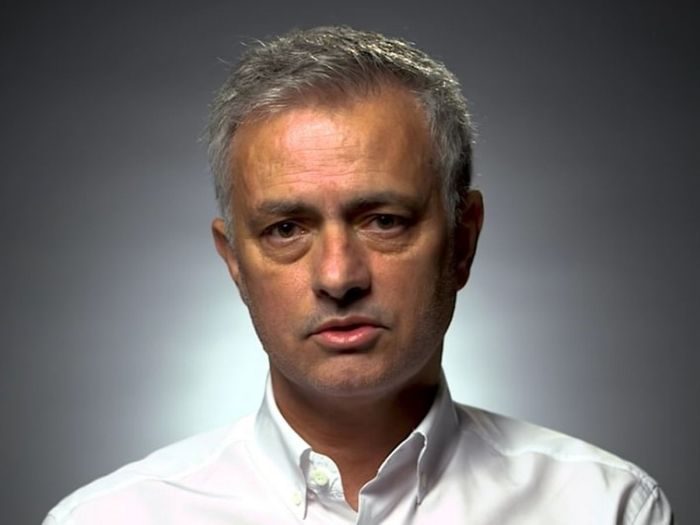 Chelsea fans applauded their side off the pitch after their 2-1 Premier League defeat at the hands of Liverpool but former manager Jose Mourinho warned them against setting the bar too low.

The club’s support base has not always given time to new managers but Frank Lampard’s popularity from his playing days is allowing him time to build for the future with his young squad.

But Mourinho – the most successful manager in Stamford Bridge’s history – believes Chelsea are at risk of losing their ‘big club’ status if fans become too willing to accept failure.

Asked about them being applauded off the pitch, he replied:

‘I hope they don’t get used to it. That’s a very important thing.

‘When you start accepting defeats just because your team played well and just because your players gave their best and they had a performance for people to be proud of in terms of that attitude and commitment… I think when you get used to it is when the big clubs stop to be big clubs.

‘So I don’t think they get used to it. But I think it shows that people are ready for what this season is going to be for them.

‘These people are ready to support one of the best professionals I have ever worked with and a manager with potential and I think they’re ready to accept what this season is going to be.

‘So let’s make it clear and objective: Chelsea is not going to fight for the title. So let’s support what looks like is their philosophy which is to give time for the team, for the players, for the manager, to grow together.’

CHECK IT OUT:  I Want To Marry Her But She Still Gets Love Messages From Guys, What Should I Do?