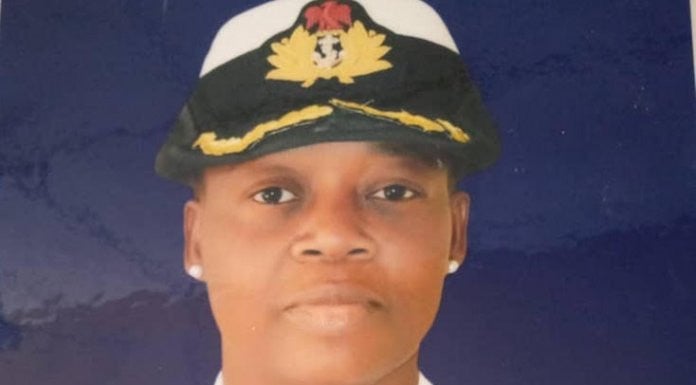 Military officers have arrested two suspects after the decomposing body of a Senior Officer was found.

The officer worked in the Nigerian Navy and Commandant of Command Secondary School of the Armed Forces Command and Staff College (AFCSC) in Jaji community of Kaduna state, and her corpse was found in a shallow well.

The corpse has been identified as Oluwayemisi Ogundana. Her corpse was abandoned inside a shallow well near Deeper Life Bible Church in Jaji Cantonment.

Report has it that military personnel had to break into the home of the deceased’s house at AVM Crescent (House 22) where her phone was found ringing inside the sitting room.

Bloodstains were also seen on her beddings, clothes as well as on the floor from the bedroom to the bathroom and her car was also missing.

Further investigation led to the arrest of Mr. Bernard Simon said to be a teacher at the Command Secondary School, Jaji and his alleged accomplice Mr Ibrahim Maman. Both were arrested in Zaria trying to dispose off her car.

The suspects confessed to killing the officer and eventual discovery of where her corpse was thrown. She was reportedly dismembered and put in a big sack before being dumped in the shallow well.