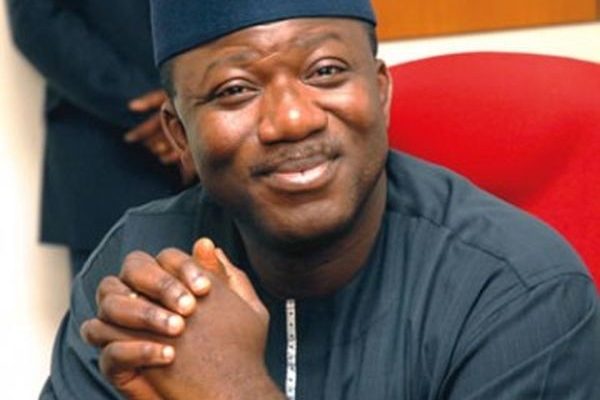 The Governor of Ekiti State, Dr. Kayode Fayemi, has taken over the medical and funeral expenses of victims of the violent protest which held at the Federal University, Oye Ekiti (FUOYE) in fulfillment of his promise during a statewide broadcast recently.

This was confirmed on Friday by the Chief Security Officer to the Governor, Mr Ajayi Adeyanju, who was directed by the Governor to ensure all victims were taken care of .

Adeyanju said others actions will be taken by the government after receiving the outcome of the panels set up by the Police and the University authorities to investigate the protest that resulted in the death of two undergraduates and left many, including two policemen injured.

The Fayemi’s Chief Security Officer, said two of the injured, who are still being treated at LASUTH Ikeja and FMC Ido Ekiti, are reported to be recuperating well.

“The multiple investigations into the incident are aimed at identifying those responsible for the degeneration of the protest and ensure justice for the dead students.

“The report of the investigations are expected to be presented to the State Government by the end of September.

“We have taken care of the bills of those receiving treatments and those already buried. We are looking at all sides and justice will be done to all sides in this matter”, he said.

The Governor had, in his broadcast, expressed government’s regrets and resolve to get to the bottom of the incident.

Fayemi expressed sadness at the unfortunate incident, reiterating the rights of citizens to protest and the need for the police to explore less fatal prone ways to manage citizens unrest.

CHECK IT OUT:  Niniola And Davido Are My Biggest Influences – Teni

The two students who lost their lives, late Kehinde Dada and Joseph Okonofua, have since been buried in Usi Ekiti and Edo State respectively. Ekiti State had earlier paid a condolence visit to the bereaved families and participated in their funeral ceremonies.