[A MUST READ] Is Nigeria Still A Joke At 59? By Kolade Joseph - NaijaCover.Com
Skip to content 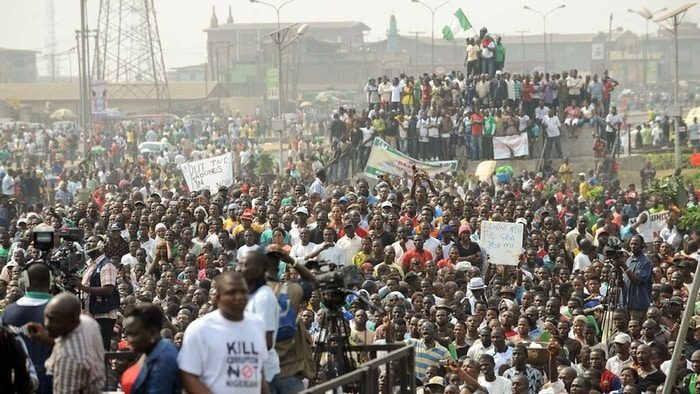 Welcome to Nigeria, officially refers to as The Federal Republic of Nigeria, is a country in West Africa.

The federation comprises 36 states and 1 Federal Capital Territory, where the capital, Abuja, is located. The constitution defines Nigeria as a democratic secular.

Once again, welcome to a country that became a formally Independent Federation in 1960 where everything appears hilarious for 59 years and still counting.

The stage is set for the celebration of The 59th Independence Anniversary. We will, of course, read a lot of messages of hope from our both political and religious leaders as usual.

Is it not boring and monotonous reading the same story for 59 years?

Oh! Maybe the reason many are considering Nigeria a joke?

A country tagged “Poverty Capital Of The World “where all hope seems to have been lost, leaders are considered selfish and fantastically corrupt.

In Nigeria, Democratic System of Government seems to have a different meaning that embraces No Freedom Of Speech and Disobedience To Court Orders without recourse to the constitution.

CHECK IT OUT:  Nice One!!! 4 Bank Wire Fraudsters In EFCC Net

Welcome to a country where it’s arguably believed that there is No Separation Of Powers. The executive is assumed to be dictating to both Judiciary and Legislative Arms. Some citizens have concluded that Justice is to the highest bidder and Judiciary is far from being the hope of a common man.

In a country where Legislators have been accused of spending One-Quarter Of The Total Annual Budget, buying expensive official cars, padding of budget and embezzling Constituency Project Fund.

Ironically, youths that cannot secure reasonable job and those whose businesses are crippled due to lack of a supportive system for entrepreneurship are defined “Lazy Youths” while the threat to national security is arguably considered to be Security Agents.

Fela Kuti was quoted saying “Nigerians are suffering and smiling”. Here in Nigeria, it is considered wise to seal up one’s mouth and keep one’s pen rather than speaking or writing against government policies for the fear of being charged with a reasonable felony is the beginning of wisdom.

Is this story not ironically a Joke?

The post [A MUST READ] Is Nigeria Still A Joke At 59? By Kolade Joseph appeared first on Naijaloaded | Nigeria’s Most Visited Music & Entertainment Website.