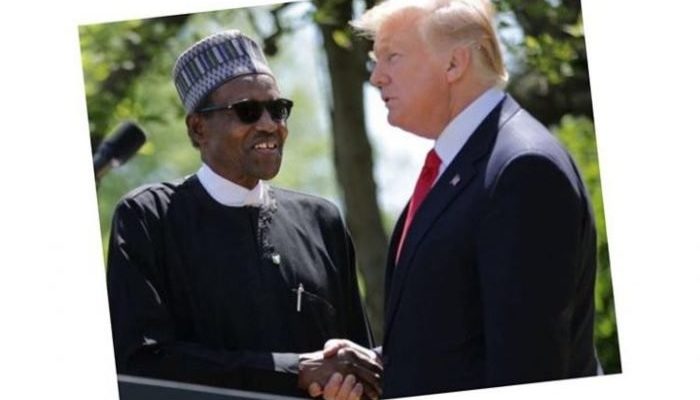 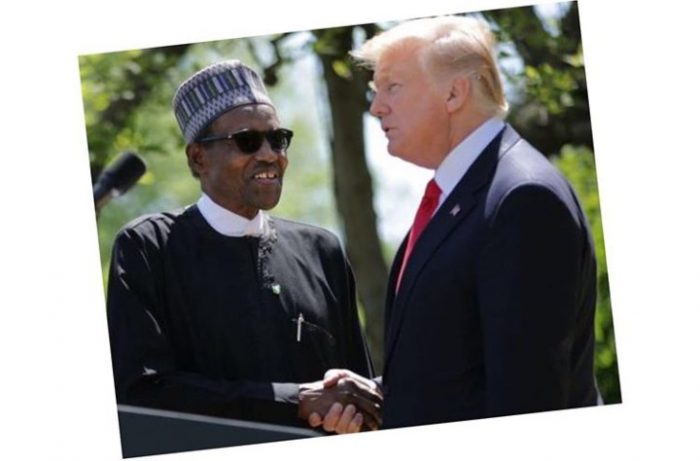 US President, Donald Trump, on Monday, wrote a letter to President Buhari.

The letter, released by the US Diplomatic Mission in Nigeria, reads:

“On behalf of the American people, I extend our warmest greetings and congratulate you on the 59th anniversary of Nigeria’s independence.

Nigeria is among our strongest partners in Africa. We share common goals of expanding trade and growing our economic relationship.

We are allies in the global battle against terrorism, and we want to see Boko Haram and ISIS-West Africa driven out of the region and other insurgencies like them dismantled.

The United States welcomes efforts by your administration to diversify opportunities for your talented, creative, and hardworking people to the benefit of both our countries, Africa, and the world.

I am pleased that following our meeting last year, our Vice Presidents are also building on our longstanding history of cooperation. I wish the people of Nigeria continued success as you mark another year of independence.”

CHECK IT OUT:  Gangan! See What Instagram Did To The Lady That Went Nak3d During The UEFA Final Yesterday