Nnamdi Kanu Blames FG For The Death Of His Mother - NaijaCover.Com
Skip to content 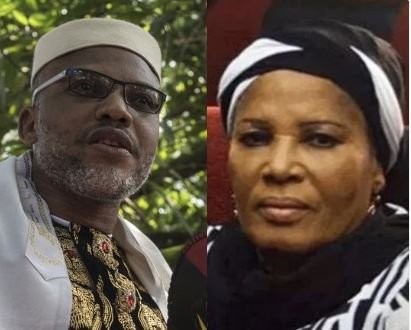 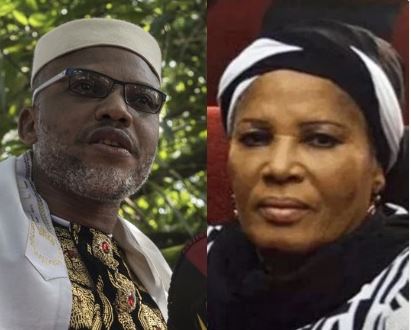 Leader of the Indigenous People of Biafra (IPOB) Nnamdi Kanu has announced the death of his mother. According to Kanu, she died on August 30, 2019, in Germany after doctors battled unsuccessfully over a protracted illness she suffered.

He kept mum on reasons behind the belated announcement and also on the burial arrangements. The Biafra leader however linked the federal government to the death, citing alleged soldiers’ invasion of his Umuahia, Abia State residence on September 2017.

“Watching her children being hunted and killed by the federal government was the cause of her illness, and today we have lost her,” he said. He however pledged not to be deterred by the death in his struggle for the actualization of Biafra republic.

“I had said before that I was ready to sacrifice anything for Biafra, and today I have sacrificed my mum. We will not be dettered, we shall continue to fight for the freedom of our people”.

The post Nnamdi Kanu Blames FG For The Death Of His Mother appeared first on Naijaloaded | Nigeria’s Most Visited Music & Entertainment Website.