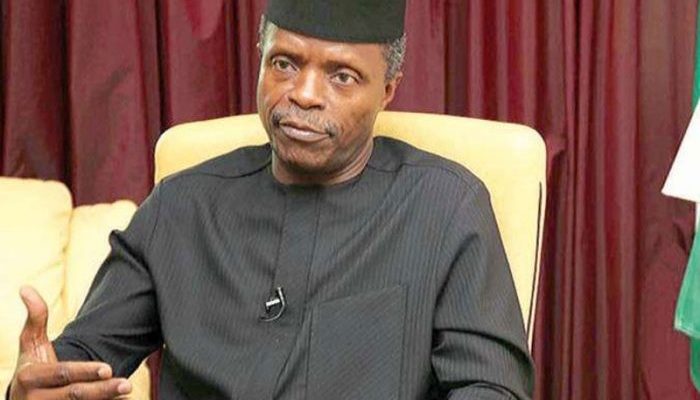 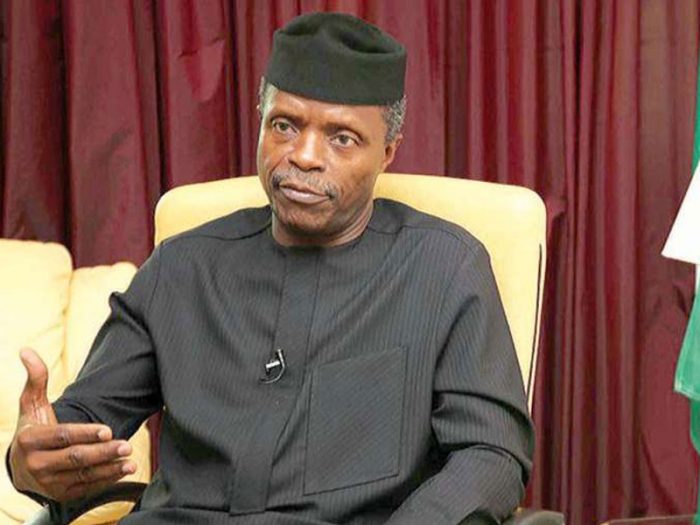 There is palpable tension in the seat of power, Aso Rock, over the alleged sack of 35 aides working with Vice President, Yemi Osinbajo.

New Telegraph gathered that accusing fingers are being pointed at the Chief of Staff to President Muhammadu Buhari, Abba Kyari, as allegedly being behind the sack.

The sack of the affected aides comes as President Buhari is in London, the United Kingdom (UK), where he is on a private visit.

A competent presidency source confirmed yesterday that most of the aides had foreknowledge of the planned sack before the visit of Abba Kyari to London where he took the Deep Offshore Amendment Act 2019 for the president’s assent.

The source privy to the development said that the aides were surprised to understand that President Buhari had given approval for their disengagement, having been told that Vice President Osinbajo had intervened in the matter.

“This matter has been on, but the vice president was on it, with the hope that it would be addressed without causing friction.

“Everyone inside here is taken aback. Most of the aides were first transferred to ministries, departments and agencies (MDAs) to work with the new ministers, but there were no vacancies. In fact, they turned back,” the source noted.

Speaking further, the source said that President Buhari may not have been aware of the development since the vice president is still waiting for the return of Mr. President to resolve the issue.

A source in the Presidency confirmed that President Buhari personally approved the appointment of all the 35 disengaged aides. The President had earlier given a directive on the deployment of some of the VP’s aides to ministries and stipulated those to be retained in the Villa.

CHECK IT OUT:  ONCE AND FOR ALL! Liverpool Star Mane Takes Final Decision On Playing For Real Madrid

“This was part of a reorganization of the presidency proposed to the President by Kyari who is seen to be engaging the VP in a power tussle,” a source said.

The source added that it was the Chief of Staff who mounted pressure on the Secretary to the Government of the Federation (SGF), Boss Mustapha, to effect the disengagement of all aides redeployed to the ministries except those deployed to the Ministry of Humanitarian Affairs, Disaster Management and Social Development.

Initially, the SGF was said to have resisted the instruction from Kyari to an extent that the duo reportedly engaged in a shouting march. Kyari told Mustapha that the disengagement was a directive from the President. This prompted the SGF to issue the disengagement letters to the affected aides of the vice president.

President Buhari’s Chief of Staff, Kyari, is known to be one of the president’s closest aides. He plans the president’s schedules and appointment with ministers, other cabinet members and visitors to Aso Rock.

Kyari’s influence became clear to many during a retreat organised by the presidency for the then ministers-designate.

While declaring the retreat open on November 5, 2015, Buhari said: “In addition, all communications and appointments from you (ministers) to the Presidency should be routed through the Office of the Chief of Staff as it is the normal (procedure) in this presidential system.”

Also, another source in the Presidency confirmed to New Telegraph that the Presidential Villa access tags of the affected aides have been retrieved from them by the security officials.

CHECK IT OUT:  Violence Claims 3,683 Nigerians In 14 Months – Global Rights

On resumption of work yesterday, they were approached at the gate by security personnel who consequently seized their tags upon confirming their identities among the names of the sacked aides apparently made available to them.

“Some of them came to work earlier yesterday, but had to leave without prompting, to avoid any untoward incident with security personnel who have already been briefed on what to do,” a source told New Telegraph .

Senior Special Assistant on Media and Publicity to the Vice President, Laolu Akande, could not be reached for reaction on the development as his number remained busy at press time.

Aides of President Buhari also kept mum on the development. One of the top aides of the President told New Telegraph that the Secretary to the Government of the Federation (SGF), Boss Mustapha, is responsible for the issuance of letters of appointment and where the need arises, sack letters as well.

The presidential aide directed our correspondent to “please meet him with your question.”

An online medium, Daily Nigerian, had yesterday reported that President Buhari approved the sack of at least 35 out of the over 80 aides in the vice president’s office.

Some of the aides were said to have left their offices yesterday and returned home to avoid being embarrassed.

CHECK IT OUT:  Mohbad vs Zinoleesky vs Hotkid – Who Do You Think Will Shine More In The Music Industry This 2020?