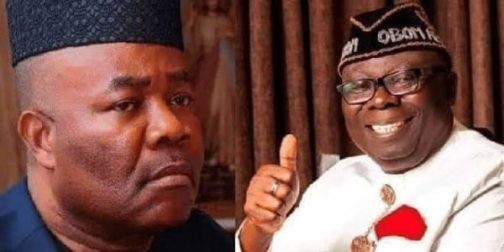 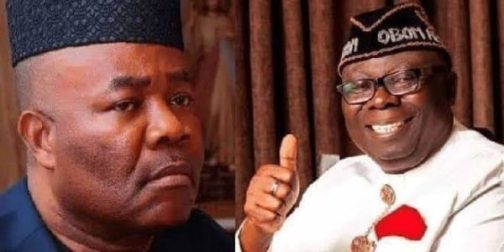 The Court of Appeal sitting in Calabar, Cross River State, has ordered a run-off election in one of the councils in Akwa Ibom north-west senatorial district to determine the winner of the election between Minister of Niger Delta Godswill Akpabio and Senator Chris Ekpeyong.

In its ruling on Saturday, the Court ordered a rerun election in Essien Udim local government, where Akapbio hails from.

The court ruled that the rerun should hold within 90 days.

The Independent National Electoral Commission (INEC) had declared Ekpeyong, a former deputy governor, who contested under the Peoples Democratic Party (PDP), winner of the election.

Akpabio filed a petition against his victory at the tribunal.

He asked the tribunal to set aside Ekpenyong’s election, alleging that it was marred by irregularities.

But describing the petition as “lacking in merit”, the tribunal said the petitioner failed to prove that he won the election.

The tribunal also said Akpabio failed to present convincing evidence of non-compliance with the electoral act as raised in his petition.

Dissatisfied with the verdict of the tribunal, the Niger Delta minister headed to the appellate court.

Despite the Appeal court ruling, Ekpeyong still holds the lead over Akpabio in votes already won. He has from the other nine LGS in the district 114 973 votes to Akpabio’s 76,917.