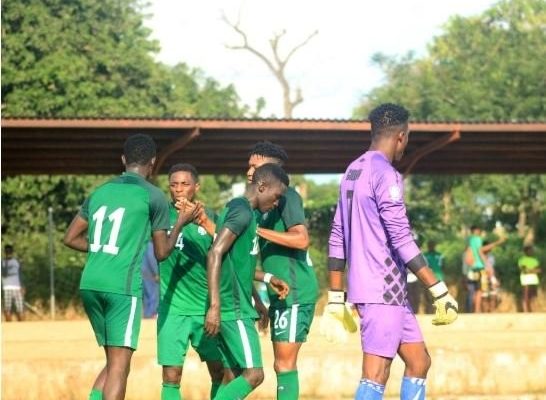 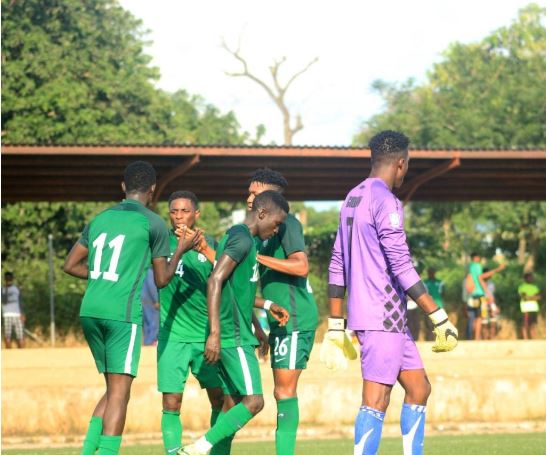 Cup holders, Nigeria have crashed out of the ongoing U23 Africa Cup of Nations in Egypt following a dire 0-0 draw with South Africa on Friday.

The News Agency of Nigeria (NAN) reports that the draw on the night was not enough to see the Eagles through to the semi-finals.

The result meant they finished third in Group B and dropped out of contention for a place in the Men’s Football Tournament of next year’s Olympics in Tokyo.

Failure at the Al-Salam Stadium in Cairo sustained an unsavoury streak of Nigeria appearing in the Men’s Football Tournament at every other Olympics since the year 2000.

Champions in 1996 in Atlanta, USA where they won Africa’s first-ever football gold medal of the Olympics, the Nigeria U23 participated in the tournament in Australia in 2000, but missed the event in Greece in 2004.

They then took part at the event in China in 2008 and won the silver medal; missed the tournament in the United Kingdom in 2012; participated in the event in Brazil in 2016 and won the bronze medal and; will now miss Tokyo 2020.

On a day they needed just one goal to topple the South Africans and assure of a place in the last four – irrespective of the result in the other match between Cote d’Ivoire and Zambia – the Olympic Eagles failed to find their sting in the fore.

The Eagles held on too much on the ball without effective contact or meaningful touches in the opposition critical zone.

CHECK IT OUT:  Governor Wike Warns Senators-Elect From Rivers

Seeing that the Olympic Eagles lacked the punch when it mattered, the Amaglug-glug came out to attack. And thrice they came close to putting the ball in the net but met with the alertness and agility of goalkeeper Adamu Abubakar.

Abubakar also saved the Olympic Eagles in the second half, as the South Africans fired from every angle, while Nigeria were looking to walk the ball into the net and stubbornly stuck to an ineffective strategy of trying to make hay from the wings.

President of the Nigeria Football Federation, Amaju Pinnick was quoted as saying that the failure of the Olympic Eagles was a shock.

“Working together with the Ministry of Sports, we have been able to provide the team with what is required for them to excel.

“The team’s failure to reach the semi-finals and ultimately qualify for the Olympics is a big shock.

“Three years ago, football won the only medal that Nigeria took from the Olympics in Brazil.

“Our expectation was that this team would qualify for Tokyo and go there to do the country proud,” he said.