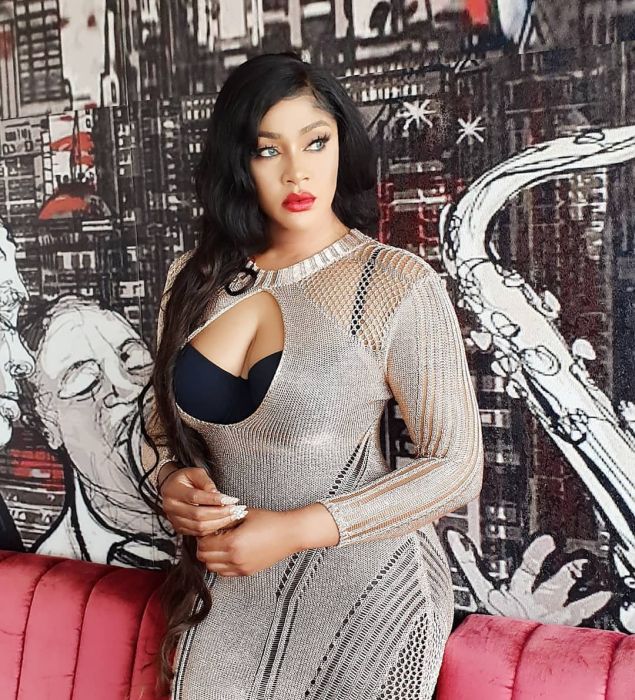 Nollywood actress, Angela Okorie has received backlashes from Titans following her recent post about their Queen being an ‘ungrateful personality’.

Drama started when the actress took to Instagram to accuse Tacha of not giving her special recognition after supporting her during her stay in Big Brother’s house.

“Some people I helped like Tacha can’t even say thank you for giving her my platform to push her Brand, As the matter of fact she ignores me.

“When I write her it takes 2 days to reply me or she directs me to her manager. What an Ungrateful personality.”

Tacha’s fans, as expected, hopped on social media to call out Okorie for telling ‘lies’ on social media. They reminded the actress that Tacha thanked her publicly after she was disqualified from the show. 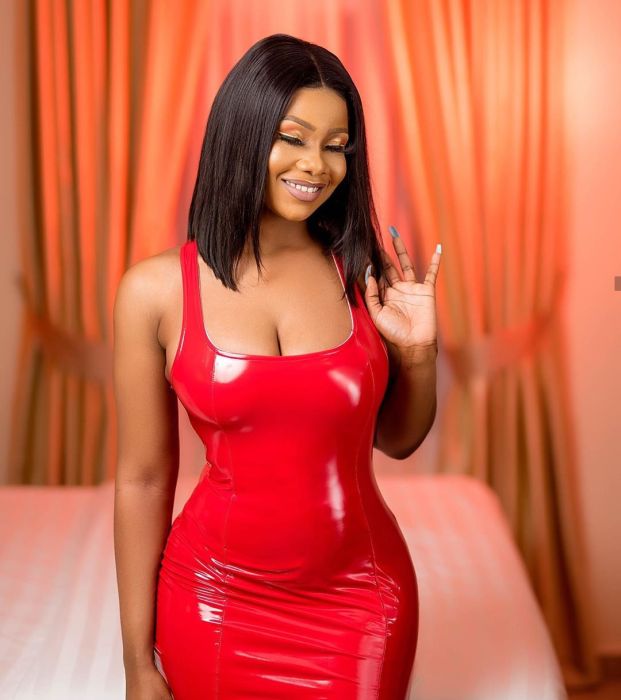 Titans also noted that Tacha often comments on Okorie’s posts and she even shared Okorie’s video on her page in November.

Check out the reactions below:- 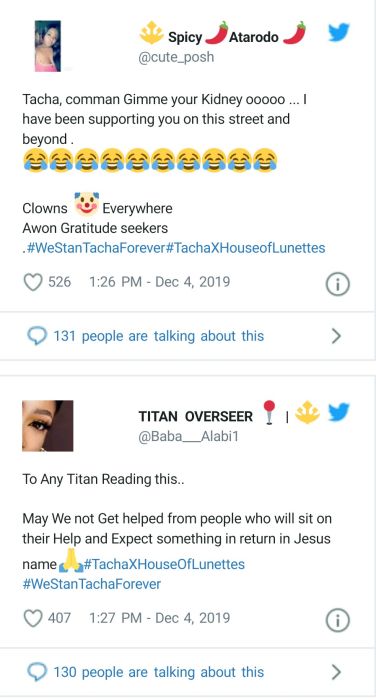 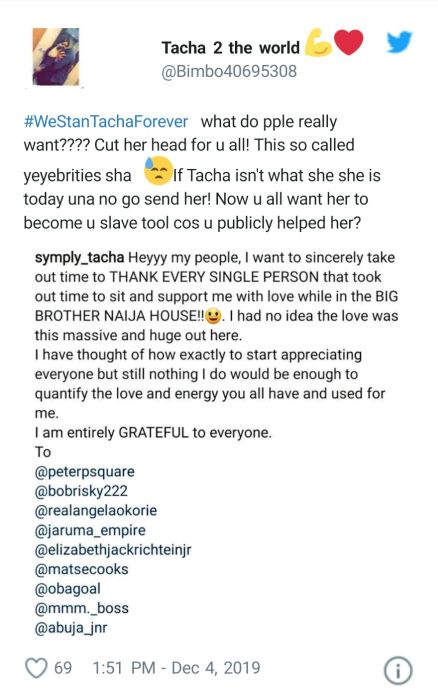 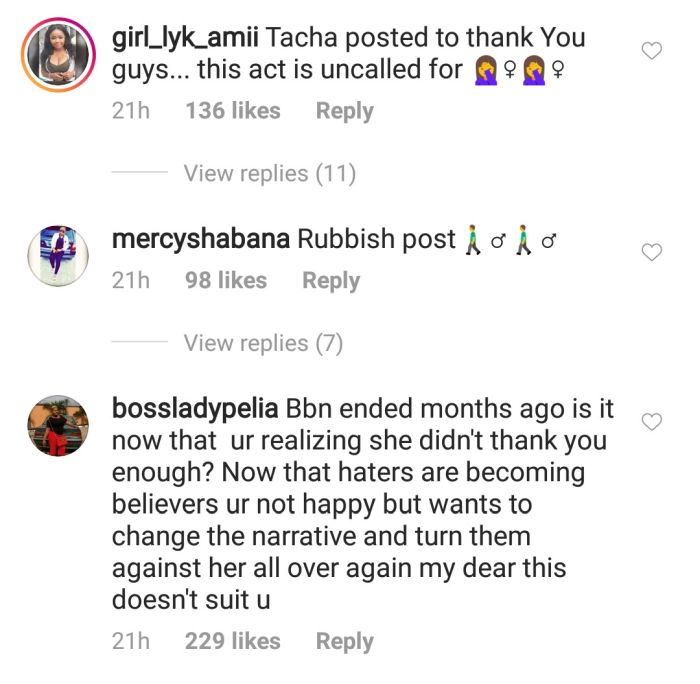 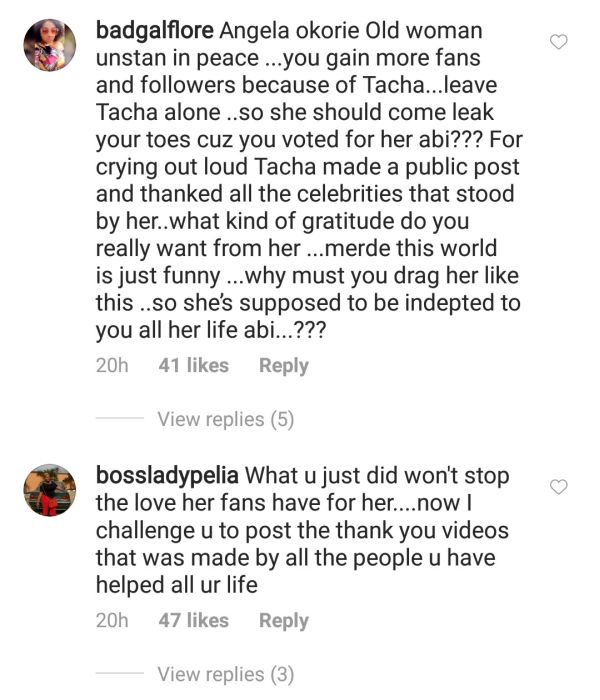 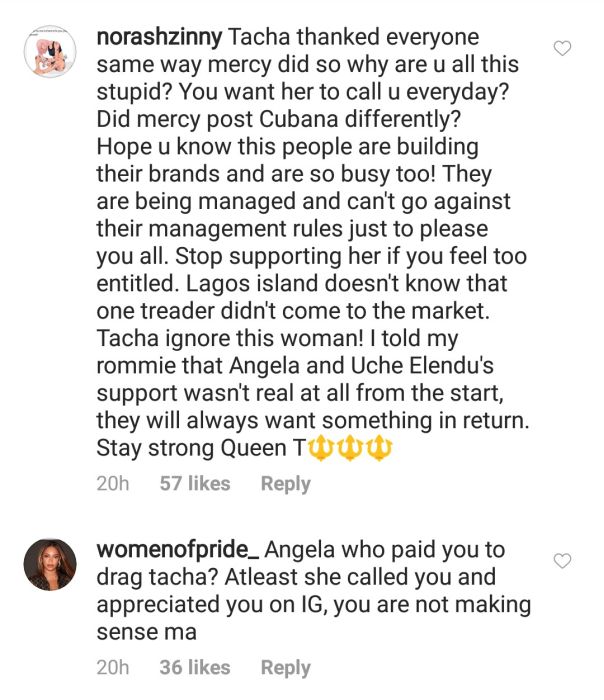 CHECK IT OUT:  HIV Positive Man In Prison For Molestesting 14-Year-Old Katsina Girl For Five Months