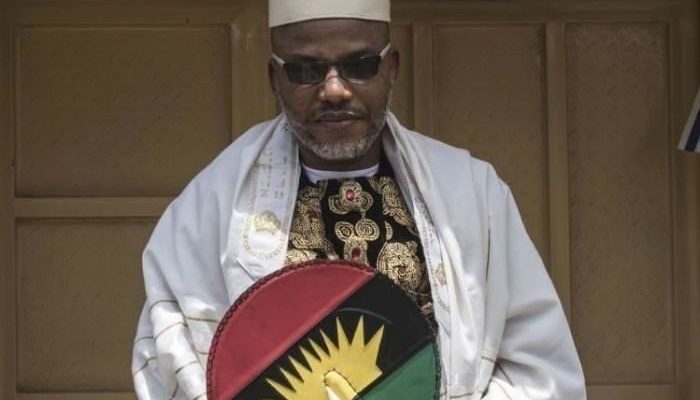 The leader of the Indigenous People of Biafra, IPOB, Nnamdi Kanu, has reacted to the re-arrest of Omoyele Sowore, convener of RevolutionNow Movement by the Department of State Services, DSS.

Kanu alleged that DSS re-arrested Sowore because he once had a meeting with him.

The IPOB leader made the disclosure during a live broadcast on Radio Biafra on Sunday, where he condemned DSS action against Sowore.

He alleged that the Nigerian government led by President Muhammadu Buhari was not interested in Sowore but was only using the activist to get close to him.

“The only reason Sowore is in prison is because he had a meeting with me. They are not fighting Sowore. They are fighting me,” Kanu said.

Kanu and Sowore, who was the 2019 presidential candidate of the African Action Congress, AAC, had prior to the general election met in New York, United States, to strategize on what they describe as “injustice in Nigeria.”

After the election, Sowore called for a revolution in Nigeria, an action that led to his arrest by the DSS.

The secret police, however, released Sowore on Thursday last week after spending 124 days in detention.

But, on Friday morning operatives of the DSS re-arrested Sowore on the premises of an Abuja Federal High Court, a development that has continued to generate public outcry

CHECK IT OUT:  Nollywood actress, Emilia Dike slumps and dies in Enugu