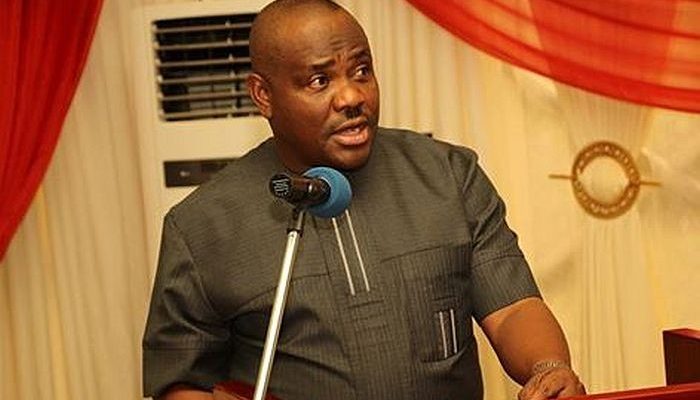 Governor Nyesom Wike of Rivers State has alleged that his counterpart in Bayelsa State, Seriake Dickson, colluded with President Muhammadu Buhari and the All Progressives Congress, APC,

to ensure the Peoples Democratic Party, PDP, lost the 2019 presidential election in Bayelsa State so that the Economic and Financial Crimes Commission, EFCC, will not arrest him when he leaves office.

Wike said that the outgoing Bayelsa State Governor was never committed to the PDP all through the elections.

Wike said this in a statement to us on Monday signed by Simeon Nwakaudu, his Special Assistant on Electronic Media.

Governor Wike claimed in the statement that Dickson has realized that the APC and Buhari played him and all the promises they made to him were not kept.

He added, “We are the only State in the South-South that President Muhammadu Buhari never got 25percent. Buhari got 45 percent in Bayelsa State. So who colluded with who?

“It is now that Dickson has realized that they played him? All those nocturnal promises were not kept. I challenge Dickson to ask his Candidate, Senator Douye Diri the contributions I made. Is it because I didn’t pass it through him?

“Dickson planned for PDP to fail elections and he is now crying, Federal Might. He assumed the role of God. Nobody could tell him anything. During his second term election, people resisted the Army. But this time, they left him alone.

CHECK IT OUT:  NL FIRE ON THE MIC:- Kayzmoore vs Harteez, Who Wins In This Rap Battle? (Watch Video)

“Dickson colluded with these people, so that EFCC will not arrest him when he leaves Government. If you like, carry any level of propaganda, I will protect the interest of Rivers State. “