OMG! See What A Sinkhole Did To This Bus (Photos) - NaijaCover.Com
Skip to content 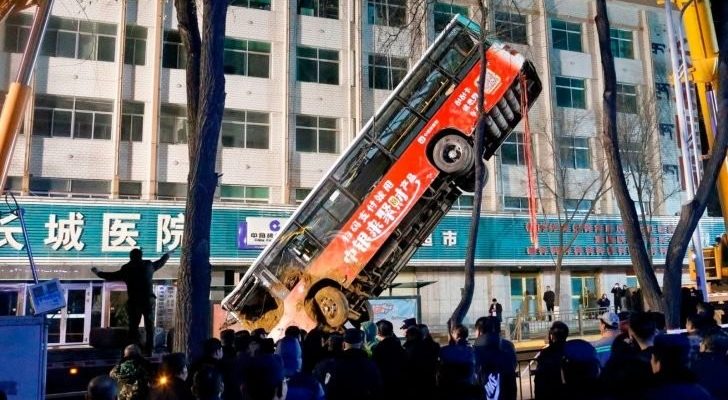 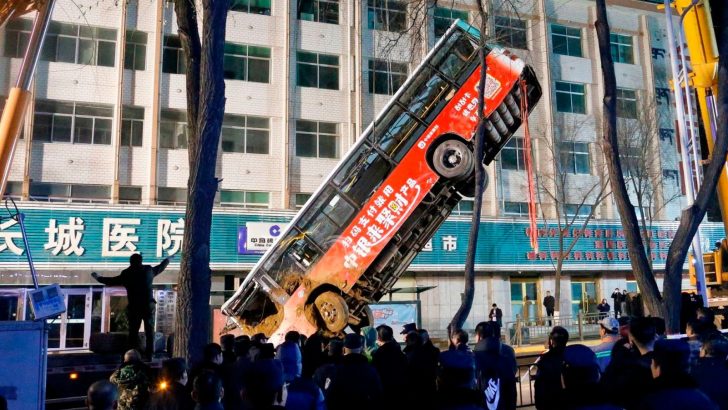 Authorities said more than 1,000 emergency workers attended the scene at about 5.30pm on Monday, and rescuers searched for four missing people, while the injured were taken to hospital for treatment.

Pictures of the road collapse outside a hospital showed the vehicle almost entirely underground near a bus stop as people ran for safety.

The cause of the incident is being investigated, the state-run broadcaster CCTV said.

Back in 2016, at least three people fell into a huge sinkhole in central Henan province, which swallowed a section of road and passersby. And in 2013, five people died when a 10m (33ft) wide sinkhole opened up at the gates of an industrial estate in Shenzhen. 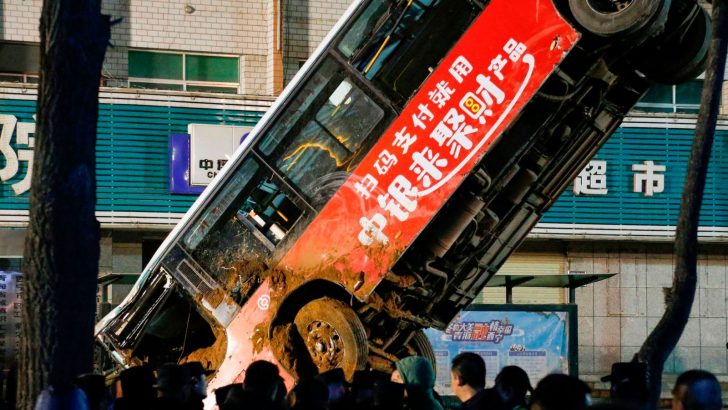 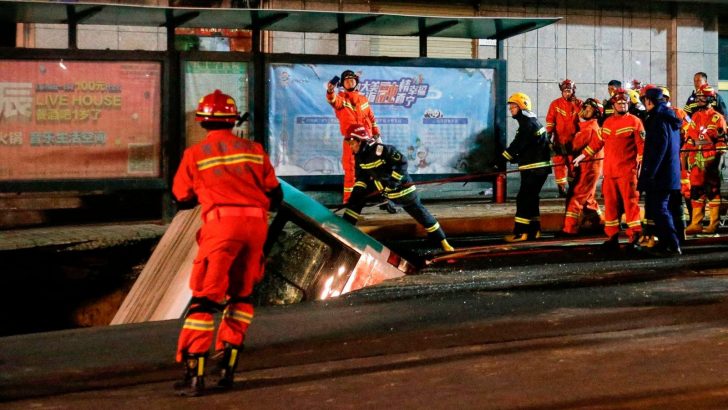 The post OMG! See What A Sinkhole Did To This Bus (Photos) appeared first on Naijaloaded | Nigeria’s Most Visited Music & Entertainment Website.

CHECK IT OUT:  See What Eden Hazard Said About Scoring More Goals Than Cristiano Ronaldo At Real Madrid