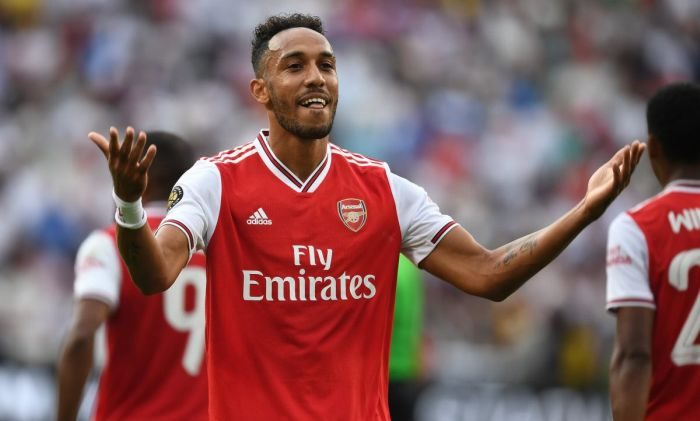 Aubameyang was sent off during the 1-1 draw at Crystal Palace last Saturday.

The Gunners captain, who opened the scoring at Selhurst Park, saw red after a challenge on Max Meyer midway through the second half.

Referee Paul Tierney initially showed him a yellow card, but it was upgraded by VAR to a red.

Speaking after the game, Arsenal head coach Mikel Arteta said: “I just watched it and it looked nasty, to be fair. Knowing Auba, there’s no intention to make such a tackle.

“Hopefully he hasn’t been injured and we are sorry for that. The decision was made and we have to accept it.”

Arsenal however feel the three-match ban is excessive.

Although they won’t launch an appeal to have it fully overturned, they feel there are enough mitigating circumstances to have the suspension reduced.

The Gunners believe Aubameyang did not use excessive force and it only looked bad during replays. They also believe there are plenty of examples of similar challenges which have been looked at by VAR this season.

As it stands, Aubameyang will miss domestic fixtures against Sheffield United, Chelsea and Bournemouth.

CHECK IT OUT:  Jose Mourinho Reveals The Star Player To Win The Next Ballon d’ Or