You Commoners Have No Voice In Nigeria – Big Man Says After Bashing A Photographer’s Car Twice (SEE PHOTO) - NaijaCover.Com
Skip to content 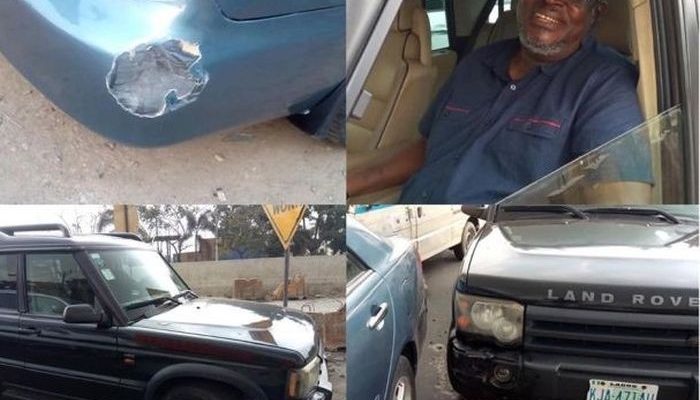 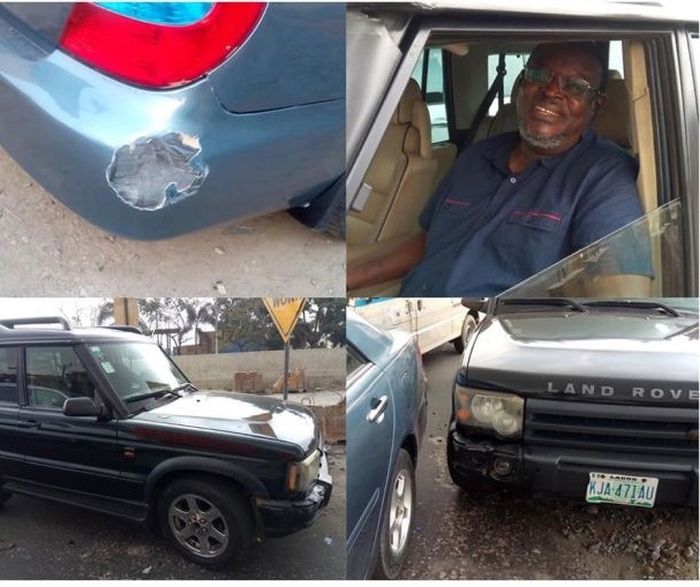 Nigerian Photographer earlier today shared his experience in the hands of a self-acclaimed Nigerian big man.

According to a social media post, the Photographer named Tayo said the big man driving a Land Rover Jeep bashed his car and it took the intervention of LATSMA official and police to catch up with him.

Police and LATSMA allegedly left him to deal with the issue when he brought out his phone to record the scenario and the big man is full of laughter saying;

You commoners have no voice in Nigeria

The Big man still bashed the car again and zoomed off.

Meanwhile, the commoner, Tayo has called on Nigerians and some law enforcement personalities to prove this man wrong and make him get justice from the big man. 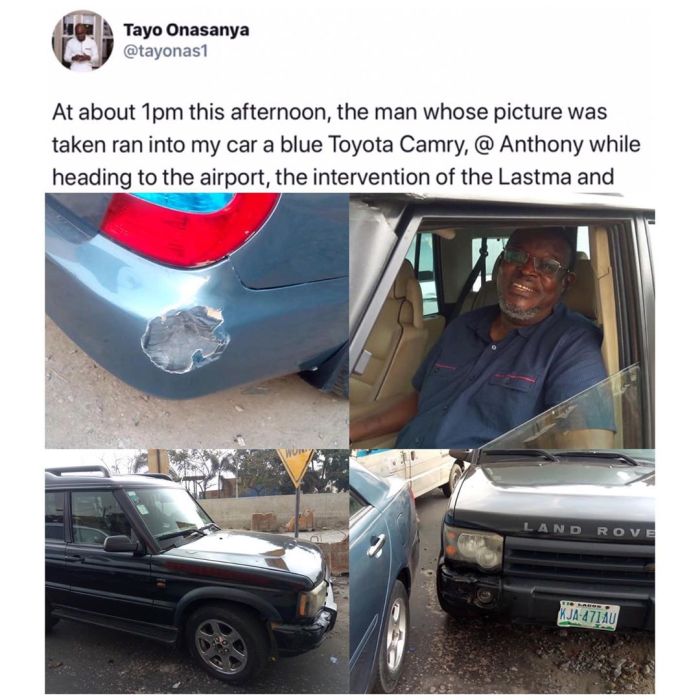 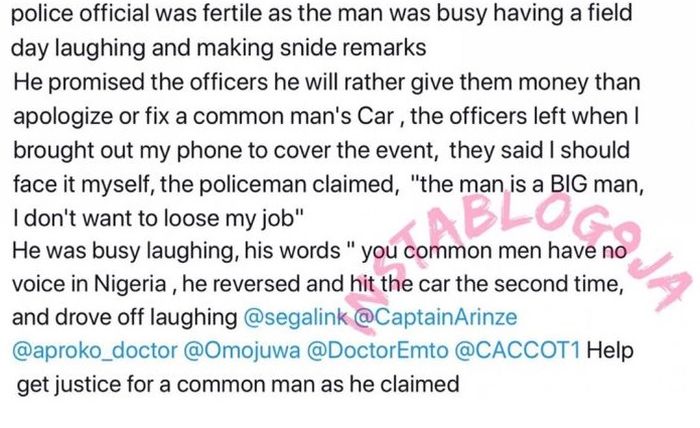 The post You Commoners Have No Voice In Nigeria – Big Man Says After Bashing A Photographer’s Car Twice (SEE PHOTO) appeared first on Naijaloaded | Nigeria’s Most Visited Music & Entertainment Website.