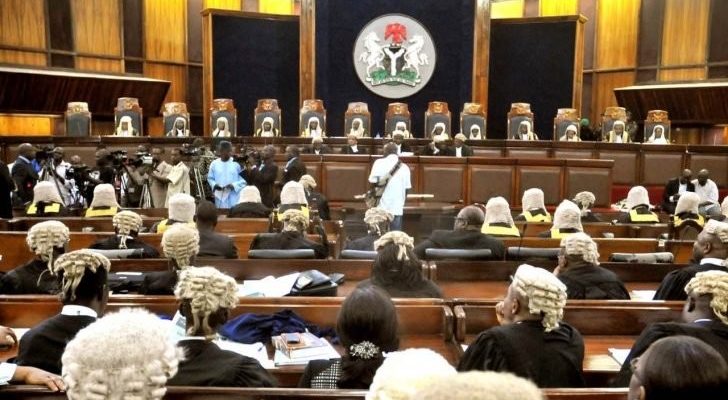 A High Court sitting in Port Harcourt has sentenced Abel Okoro and Vincent Wilson, for kidnapping the wife of Senator George Thompson-Sekibo and two of her female friends.

Abel Okoro and Vincent Wilson were sentenced to life imprisonment without an option of fine.

Trial Judge, Justice E. Thompson, agreed with the position of the prosecution counsel that the confessional statements by the defendants, which revealed how they conspired to commit the crime, were made voluntarily and not by any form of inducement.

Justice Thompson ruled that the court found the accused guilty of counts three and four, which borders on conspiracy, attempted kidnap and kidnap of Princess Asime Sekibo and Everly Awinika-Osai and thereafter sentenced the two to life imprisonment without option of fine.

Recall that the wife of the senator, Princess Asime Sekibo and Evely Awinika-Osai were kidnapped on March 22nd, 2012 around Obiri Ikwerre axis of East West road on their way back from Study at the University of Port Harcourt.

DAILY POST reports that the suspects were first arraigned before a High Court in Port Harcourt on the 21st of September 2012, on nine count charges of felony, kidnapping, Armed robbery and rape.

The convicted persons were reported to have collected the total sum of ten million naira from the family of the victims around Mbiama in Ahoada West before the victims were released.

CHECK IT OUT:  Two Nigerians Charged With ‘Yahoo Yahoo’ In Singapore (Photo)