Leah Sharibu: Why She Is Still In Captivity And What We Have Done – FG - NaijaCover.Com
Skip to content 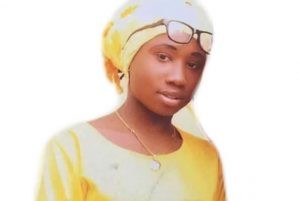 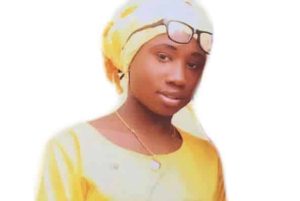 February 19, 2018, at about 5:30 pm, 110 schoolgirls aged 11–19 years old were kidnapped by the Boko Haram terrorists from their school, Government Girls’ Science and Technical College (GGSTC), Dapchi, located in Bulabulin, Yunusari Local Government area of Yobe State, in the northeast part of Nigeria.

This was about four years after a similar attack had happened , where Student from Chibok school were also abducted.

After several outcry and negotiations between th Federal Government and the terrorist, the Dapchi girls were returned to their school, however one of the girls Leah Sharibu was held back.

Reports reaching us claimed that the terrorist refused to release her allegedly because of her strong Christian beliefs and refusal to deny christ.

Naija News understands also that earlier attempts by the FG through third parties to negotiate with the sect and to pay a ransom in the bid for her release was rejected eventually by the terrorists at the point the FG were about to pay.

Top sources in the Presidency who spoke with DAILY POST last night revealed that the money was all ready to be delivered when the terrorists who had made the request for a specific amount totalling several tonnes of millions of Naira in hard currency, changed their minds and rejected any ransom.

The sources said that President Muhammadu Buhari-led Federal Government reached an agreement after a long communication procedure only to be turned back after an agreement.

In the circumstances, the Federal Government determined to secure the release requested for an explanation as to the sudden refusal to receive the ransom by the terrorists only to be told by some third line communication channels that the terrorists decided they would never accept a ransom on Leah because they hoped to use her abduction to rankle religious passion and possibly cause a religious war in the country if they could.

According to a government source, “While the FG remains strongly committed to securing the release of Leah and all other identified and unidentified abductees, by any means necessary, the terrorists chose much earlier after Leah’s abduction to use her to fan religious embers and cause devastating division in the country. And that was why the terrorists rejected the ransom government security agencies prepared to pay for Leah’s release.”

The source explained further that top presidential officials still encouraged FG officials to remain actively engaged with the channels of communication and the negotiators until a positive resolution is secured “because the President has set a firm target and resolve to ensure the freedom of Leah and others by any means necessary.”

The Federal Government had on several occasions said it was doing its best to ensure the safe release of Leah Sharibu.

This is as the Christian Association of Nigeria, CAN had warned that there may be a religious war in the country should the innocent schoolgirl, die in captivity.

Miss Sharibu had reportedly made an unsuccessful attempt to escape.