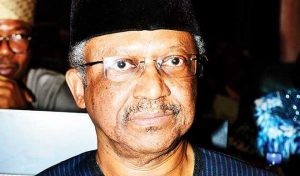 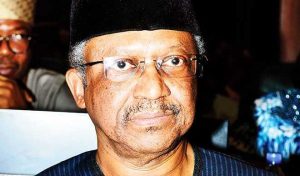 The Minister of Health, Osagie Ehanire, has revealed why the name of the Italian man infected with Coronavirus will not be disclosed.

The Minister while speaking at a press briefing noted that the Federal Government will not make the man’s name public because it is a convention in Medicine.

Ehanire during the press briefing said, “You do not give out a patient’s name without his permission. If someone has a problem, you can talk about the problem and not his name”

“I am not sure if he has been asked, but he has not given permission for his name to be made public. He might want his privacy and there is no need for anyone to know his name.”

The minister further explained that the condition of the patient is good.

The minister added that the patient is responding to treatment, He said, “I was able to see him. He was strolling around in his room, I could see him from the glass window. And according to the doctors, his case is quite mild.”

He noted that he is yet to see the taxi driver who drove the Italian citizen from the airport, however, the driver is being monitored.

“I didn’t see the taxi driver who drove the patient, but he has been identified. He is under monitoring and self-isolation.”

CHECK IT OUT:  Gifty Threatens To Kill Mr. 2kay And His Mum If They Try To Do This (Read Details)