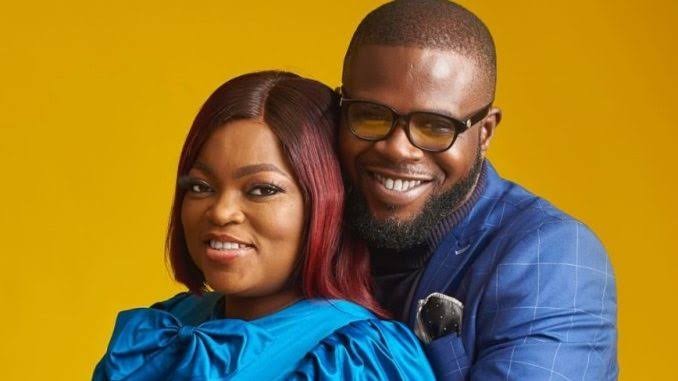 Nollywood actress, Funke Akindele and her husband JJC Skillz have pleaded guilty to breaking the rder against social distancing in Lagos State.

The actress was arrested yesterday for throwing a party at her residence which had other celebrities in attendance despite the restriction against such gathering in Lagos.

Detectives from the State Criminal Investigation Department (CID) were immediately drafted to the venue of the party located at an Estate in Ibeju-Lekki area of Lagos following a viral video from the event.

Her husband JJC Skillz whow asn’t arrested at the time later turned himself in and was arraigned too.

Pleading guilty, the actress and her husband will now have to spend time in jail or pay a fine of N100,000 as declared by a the Magistrate Court in Ogba.

CHECK IT OUT:  I Am Sorry - Funke Akindele Reacts To Video Of Her Husband's 43rd Birthday Party