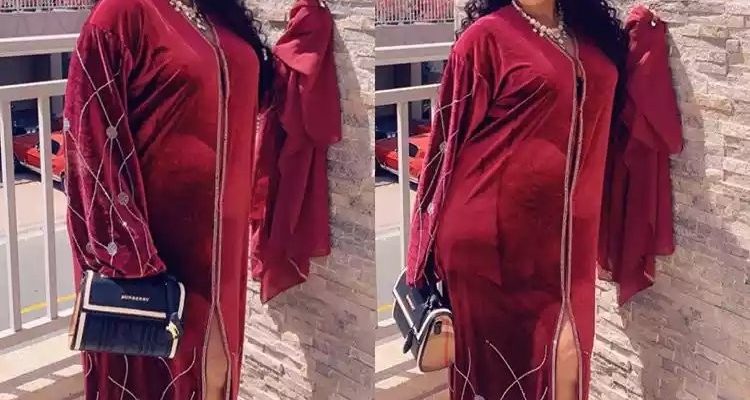 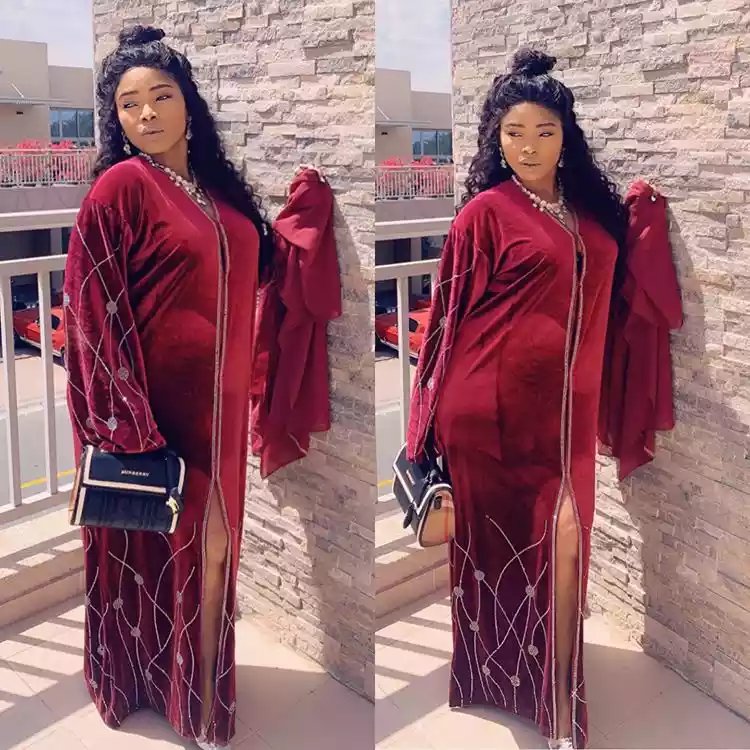 We earlier reported that Nollywood actress Halima Abubakar has finally become a mother after she welcomed her baby boy. The actress, who kept her pregnancy and the birth of her baby a secret, revealed it on social media.

The actress had shared a photo of her baby’s hand holding her thumb. She noted that her baby was born on Friday, April 3.

As Nigerians celebrate the birth of her son with her, the actress also showed off her baby bump. She shared a photo of herself while she was pregnant with him on her Instagram page.

She revealed that the photo was taken two weeks before he was born. Looking at the photo, it is no surprise that the actress was able to hide the fact that she was pregnant because even when she was two weeks to her due date her stomach was not really showing.

In the post, the actress thanked everyone who kept it a secret and people who have been calling to congratulate her. 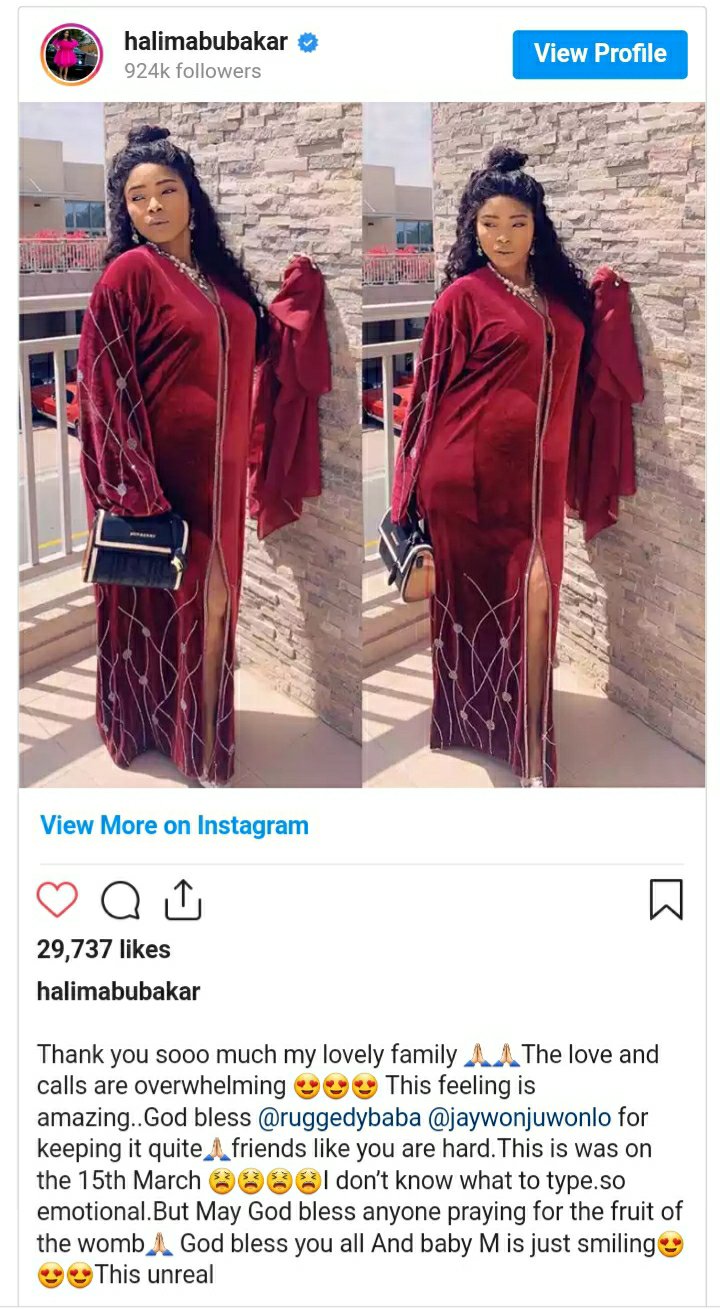