Family of three killed by thunder strike in Benue - NaijaCover.Com
Skip to content 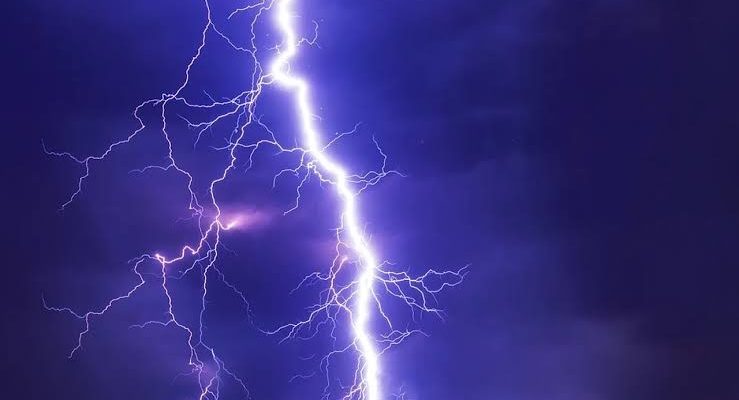 Family of three in Benue State have reportedly been killed by thunder strike following a heavy rainfall at Tarau Gwer Local Government.

It was gathered that the family died on the spot after the thatch house they were sleeping in was struck by a thunder, following a heavy rainfall on Saturday

A man, his wife and their five (5) year old son died in the incident which has thrown the entire community into mourning. An eyewitness, Peter Kembe told The Nation that the incident is the first of its kind in the village.

Recall that, sometime ago, one Kelechi Nwigbo, a Germany-returnee, was allegedly killed by lightning in his hotel room behind Eke Market, Afipko, Ebonyi State. He was found dead four days after checking in. Read here.

CHECK IT OUT:  GET READY! Nigeria Police Declare War On Criminals In Warri