Nigerian Stars That Need A Move This Summer To Save Their Careers - NaijaCover.Com
Skip to content 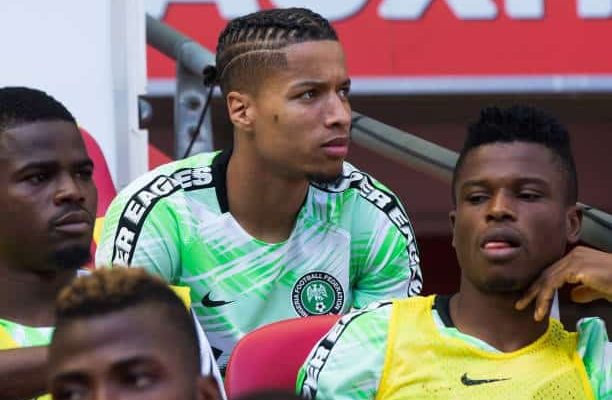 But despite football taking a backseat over the last three months, enough games have been played across Europe’s major leagues.

Nigerian stars like Victor Osimhen, Cyriel Dessers, Wilfred Ndidi, Kelechi Iheanacho among many others have impressed for their clubs.

While most Super Eagles stars have enjoyed regular game time at their clubs, the same could not be said about others who once represented the country or harbour hopes of playing for the national team in the future.

And with the summer transfer window approaching, it could be a good time for these players to make a switch to get their careers back on track again.

With that said, Soccernet takes a look at Nigerian stars that needs to move this summer due to lack of playing time at their current clubs.

Kelechi Nwakali: The 21-year-old’s talent was first spotted when he was named in the provisional squad for Nigeria’s U-17 World Cup in 2013.

Although he missed on the final 23-man team that won the trophy in the United Arab Emirates, Nwakali came back stronger two years later as he led the Golden Eaglets to defend their title in Chile.

After winning the U-17 World Cup in 2015, he signed for Arsenal, which should’ve been the start of a promising career.

However, since then, Nwakali’s career has been on a downward trajectory, failing to make a single appearance for Arsenal’s first team.

CHECK IT OUT:  Why I Will Chase Herdsmen Out Of Yoruba Land – Ooni Of Ife

During his time with the Gunners, he was loaned out to several clubs in Holland and then Porto’s B team. He was sold permanently to Spanish Segunda side Huesca last summer, but nothing has changed for the former VVV-Venlo star.

Nwakali is yet to make an appearance for the Azulgranas and may need to leave again after just one season.

Just 21, Nwakali who was once touted as Okocha’s replacement still has a lot of time to deliver on his promise, but he may need to start afresh at a new team.

Tyronne Ebuehi: Ebuehi made his debut for the Super Eagles in 2017 before going on to play at the 2018 World Cup in Russia.

Following the World Cup, the Dutch-born right-back moved from Ado Den Haag to Benfica. It was indeed a big move as he was set for Champions League football.

However, Ebuehi could not play for As Águias last season as he suffered a knee injury which ruled him out of the whole campaign.

While he’s made his return this season, the Nigeria international has amassed just 510 minutes in the Portuguese topflight this season.

With him struggling to force his way into Bruno Lage’s plans, this 24-year-old should consider leaving for a new club this summer.

Isaac Success: Success was the assistant captain of the Nigeria U-17 squad that won the World Cup in 2017. With a strong physical presence similar to Daniel Amokachi, the 24-year-old signed for Udinese in 2014 but loaned immediately to Granada.

He had a decent time with the Spanish side, and that made Watford pay a club-record fee of £12.5m in 2016 for his services.

CHECK IT OUT:  BBNaija2019: “Gedoni Is A UNIPORT Boy, Don’t Mess With Him” – Tacha Advises Khafi

Success played 19 times for the Hornets in his first season but was sent out on loan to Malaga the following campaign.

He fared better when he returned from his loan spell in 2018, making 35 appearances in all competitions. But that was as good it gets for the Nigerian as he has only featured seven times for Nigel Pearson’s side this season.

The 24-year-old has fallen in the pecking order with Troy Deeney and Ismaila Sarr both ahead of him. On the international stage, Success has four caps, but with the increasing quality in Nigeria’s attack, he would need a move away from Vicarage road if he wants to force his way back into Gernot Rohr’s plans.

Taiwo Awoniyi: Awoniyi is another player that had so much potential at U-17 level, but currently struggling. The 22-year-old was also part of the Golden Eaglets squad that won the U-17 World Cup in 2013.

Two years later, Premier League leaders, Liverpool, won the race for his signature. However, he could not play for the Reds and was sent out on loan.

That’s been Awoniyi’s story since he joined Jurgen Klopp’s side in 2015. He’s had spells at FSV Frankfurt, NEC Nijmegen, Royal Mouscron, KAA Gent and currently at Mainz.

Also Read: What Next For Taiwo Awoniyi

However, his stints at these clubs have not really aided his development, and he’ll need a permanent move away from Liverpool this summer to find his park again.

Anderson Esiti: Esiti was once considered as Ndidi’s rival following his impressive performances at Gent. The 24-year-old started his European journey in Portugal, but his name only began to pop up when he joined the Belgian side.

CHECK IT OUT:  Ka3na expresses gratitude to BBNaija as she surpasses 500k followers on Instagram

His move to Gent in 2016 was supposed to be the step towards securing a deal at one of the biggest clubs in Europe.

But three years later, Esiti his currently struggling at PAOK Salonika. The Greek side paid €3.50m for his services last year.

However, he’s amassed just 1.013 minutes in all competitions this season. Although he is in his first season, a move away from Greece back to a more respectable league could put Esiti in the spotlight again.