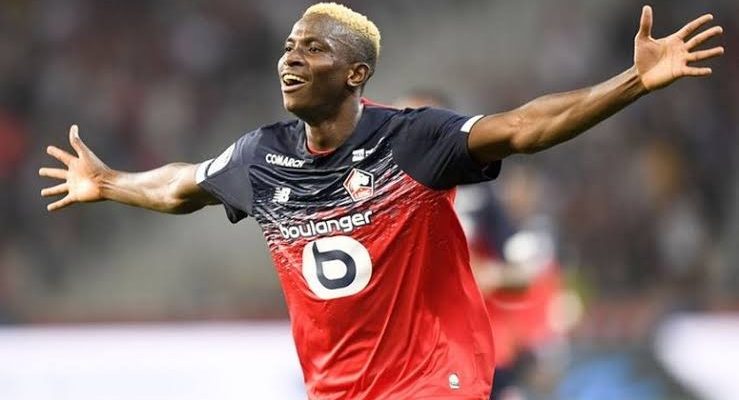 English clubs Manchester United, Liverpool and Chelsea are reportedly leading the chase for the Nigerian youngster, but only an Italian side has shown genuine interest, according to the player’s representative

Victor Osimhen’s representative Ariyo Igbayilola has confirmed that Serie A giants Napoli are the only club that have kick-started negotiations with the striker in the hope that he would join up with Gennaro Gattuso’s side ahead of next season.

Igbayilola also revealed that both Tottenham and Newcastle United have expressed interest in the former Wolfsburg forward, but there is nothing concrete yet on the table.

Osimhen has enjoyed a scintillating maiden season in France with the 21-year-old netting 18 goals in all competitions for Les Dogues.

Spanish giants Barcelona and Real Madrid, as well as Italian sides Inter Milan and AC Milan, have been linked with the 2015 U-17 World Cup winner, with his representative suggesting this could be his only campaign in France.

“I can confidently tell you that the only club that wants Victor 100% right now is Napoli,” the Shields Gazette quoted Igbayilola.

“Also, Newcastle are in the race just like Tottenham. But it’s’s just interest alone.

“I think with the pressure from different clubs in Europe. I doubt if he will stay with Lille in the coming season.”

CHECK IT OUT:  I Am Ready To Lay Down My Life For Nigeria – Peter Obi