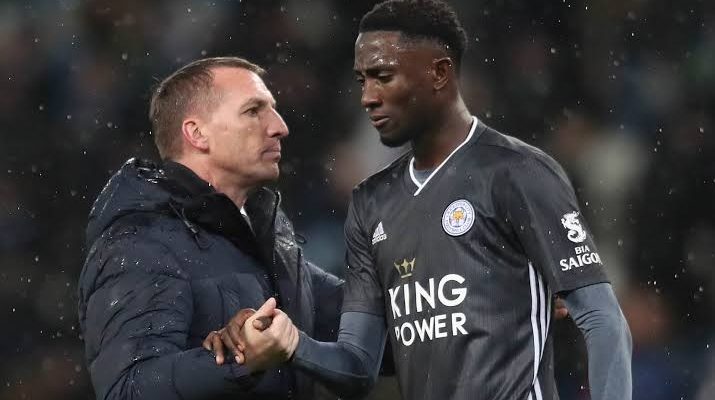 Despite the ravaging tendencies of the pandemic, thankfully, no Super Eagles star tested positive to the COVID-19

But the club manager of the defensive midfielder had to battle for his life against the deadly virus.

Leicester City manager, Brendan Rodgers, has revealed that the rampaging coronavirus struck down himself and his wife shortly after the Premier League was suspended.

The former Liverpool boss has now recovered and is back in training with Leicester ahead of their return to Premier League action at Watford in three weeks.

“Me and my wife had it just after (football) broke up,” Rodgers told BBC Radio Leicester, via Daily Star.
“A week later, I really started to struggle. I had no smell and no taste.

“I had no strength, and I really struggled, and my wife was the same as well. I got tested, and we both had it. I could hardly walk. It reminded me of climbing Mount Kilimanjaro, as you climb higher you get more breathless.

“Walking 10 yards felt very different. I went for a run, and I just couldn’t do it. I felt really weak, had no real appetite, and had a weird sensation for three weeks of having no taste.”

Ndidi joined Leicester City in January 2017 when Claudio Ranieri was still in charge of the Foxes.

The Nigerian midfielder has, however, improved significantly under the tutelage of Rodgers, with the 23-year-old now rated among the world’s best in his position.

The Premier League is reportedly set to return next month, and Ndidi would be crucial as Foxes push to secure Champions League football next season.

CHECK IT OUT:  EFCC Confirms Fresh Probe Into NFF Over World Cup Fund