Awoniyi Helps Mainz To A Stunning Victory At Frankfurt - NaijaCover.Com
Skip to content 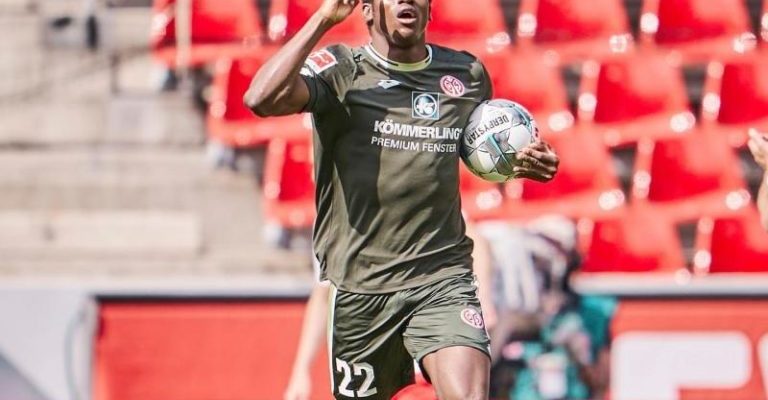 Nigerian striker, Taiwo Awoniyi, was in action as Mainz boosted their Bundesliga survival hopes with a surprise 2-0 win over Eintracht Frankfurt at the Commerzbank-Arena.

Mainz manager, Achim Beierlorzer, handed Awoniyi a rare league start and he played his role as Mainz scored in either half to secure an unlikely win.

Although he did not score, Awoniyi was a handful for Frankfurt defender’s, and he will be delighted with his performance.

The former Golden Eaglets star who is on loan at Mainz has endured a difficult campaign, but he is enjoying more game time since the Bundesliga resumed from the coronavirus enforced break.

He scored his first Bundesliga goal in Mainz first game after the break, and Saturday’s game was his 11th league appearance of the season with five of those coming after the league resumed.

CHECK IT OUT:  OMG!! Boy Accused Of Having Sex With His Stepmom In Her Dream, Loses Both Hands After Being Burnt