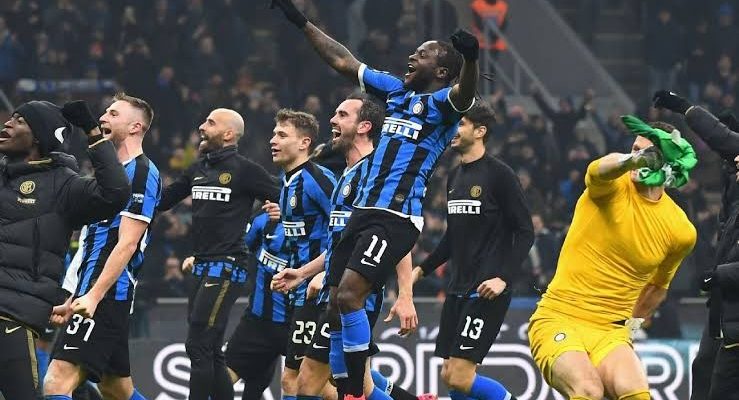 It was a mixed-fortuned Sunday for many Nigerian footballers in Europe as some inspired their teams to victory while others sank in defeat with their teammates.

Inter Milan are back in the Serie A title race after Victor Moses’ inspiring introduction helped the visitors to a 2-1 win at the Stadio Ennio Tardini.

Gervinho’s first-half strike for Parma was looking certain to condemn Inter to a title-crushing defeat until Victor Moses was thrown into the fray around the 70-minute mark.

Defender Stefan de Vrij got the visitors back in the game with an 84th-minute equalizer before Moses assisted Alessandro Bastoni’s winner three minutes later.

Also, in Italy’s top flight, Super Eagles centre-back, William Troost-Ekong could do little to rescue Udinese from succumbing to the superior firepower of Atalanta, who made away with a 3-2 victory at the Dacia Arena.

The former Bursaspor defender started his 24th league match of the season, but it couldn’t help the Zebras avoid their 14th loss of the campaign, which now sees them only three points above the relegation zone.

Nigeria’s Emuidzhi Oghiabekhva netted a hat-trick for Minsk in a 9-0 victory over Dnepr Mogilev in a Belarusian Women’s League match on Sunday.

The 30-year-old attacker struck in the 12th, 50th and 53rd minute to complement the five goals smashed in by her teammate, Tamila Khimich. Anna Kozyupa got the other goal for the champions.

This latest victory, though, leaves Minsk second on the table, three points behind leaders Dinamo-BGU.

CHECK IT OUT:  UK rail worker dies of coronavirus after being spat at while on duty

In Greece, Brown Ideye fired blanks at the Stadio Harilaou Kleánthis Vikelídis as his Aris side were given the turn around by Anderson Esiti’s PAOK.

The two Nigerian internationals saw action for the entire duration of the game that ended 2-0 in PAOK’s favour. But former Arsenal forward Chuba Akpom only watched proceedings from the bench until the 81st-minute when he replaced goalscorer Karol Świderski.

Also in Greece, Abiola Dauda netted his sixth goal in 12 league games but it was not enough to hand Panaitolikos all three points as coach Ioakim Chavos’ men settled for a 1-1 draw at home to Asteras Tripolis.

Olanrewaju Kayode handed Gaziantep a 58th-minute lead at the Gaziantep Stadyumu in the Turkey Super Lig on Sunday but it was not enough to secure the maximum points for the hosts.

Adis Jahović’s late penalty ensured Antalyaspor – who also had Nigeria’s Paul Mukairu in their ranks – went away with a 1-1 stalemate.