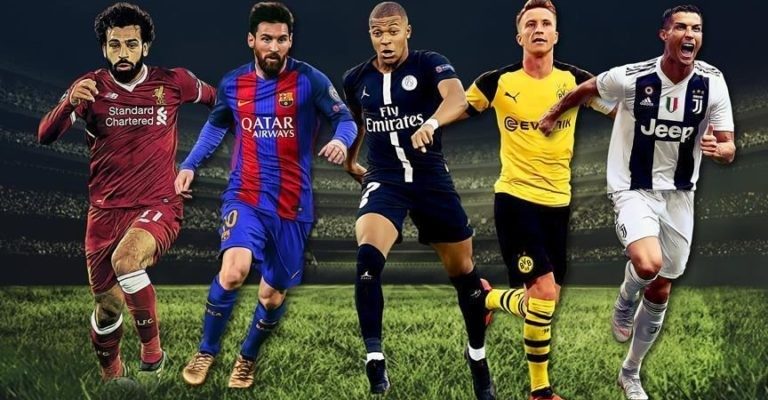 Play continued across Europe as we enter the final stretch of the 2019/2020 season. Games are coming thick and fast with teams knowing they can’t afford drop points.

While the German Bundesliga is over and the French Ligue 1 has ended, The English Premier League, Spanish La Liga and Italian Serie A are still in play.

Games are being played every three days, which means teams have little time to dwell on their results. Following the mid-week games, the action continues again this weekend across these leagues.

In its usual tradition, Soccernet And NaijaCover is providing betting tips on some of the selected games this weekend.

Liverpool vs Burnley (Premier League): The Premier League champions host Burnley, and will move a step closer to breaking the record points haul with a win.

They currently have 92 points from 34 games and will break City’s century record if they can pick nine points from their last four games.

Burnley, meanwhile, are making a late push for a Europa League spot. They go into the Anfield clash following a win at West Ham.

Liverpool have kept a clean sheet in seven of their last nine home matches (Premier League).

Liverpool have scored at least three goals in their last three matches against Burnley in all competitions.

Burnley are undefeated in 11 of their last 12 matches (Premier League).

CHECK IT OUT:  Kylian Mbappe Tested Negative To COVID-19

Brighton vs Man City(Premier League): City were brilliant last time out after they suffered a shocking 1-0 loss to Southampton last weekend.

The dethroned champions bounced back from Sunday’s loss to the Saints with a comprehensive win over Newcastle.

They travel to the South Coast to take on a Brighton side likely to stay another season in the Premier League. The Seagulls were beaten by Champions Liverpool on Wednesday, but are eight points clear of 18th placed Bournemouth.

Man City have won their last six matches against Brighton in all competitions.

Man City have been winning at both half time and full time in their last five matches against Brighton in all competitions.

Man City have been losing at both half time and full time in their last three away matches (Premier League).

Man City have scored at least two goals in five of their last six matches against Brighton in all competitions.

Tips: Both teams have nothing to play for but pride. But City’s quality will be too much for the home side. (City Win)

However, they could’ve reduced the deficit mid-week, but suffered another upset at the hands of Lecce, which means the gap remained the same despite Juventus loss to Milan.

Simeone Inzaghi’s men face a tricky Sassuolo side and know they need to win if they are to retain any hope of winning the Scudetto.

There have been over 2.5 goals scored in Sassuolo‘s last seven games (Serie A).

There have been over 2.5 goals scored in Lazio’s last five games (Serie A).

Lazio have seen over 2.5 goals in six of their last seven matches against Sassuolo in all competitions.

Sassuolo have scored at least two goals in their last five matches (Serie A).

Tips: Leaders, Juventus, play in-form Atalanta this weekend, which means Lazio could reduce the deficit depending on the result. Sassuolo are a tricky side, but Simeone Inzaghi’s men cannot afford to drop points. (Lazio win)

Napoli vs AC Milan (Serie A): Two in-form teams clash at the San Paolo Stadium in a match that could have major implications for either team’s Europe’s aspirations.

Just two points separate seventh-placed AC Milan and sixth-placed Napoli. Both teams go into the match in fine form.  The Rossoneri last two wins came against the top two while Napoli were 2-1 winners at Genoa last time out.

Napoli have seen over 2.5 goals in nine of their last ten home matches against AC Milan in all competitions.

Napoli have won seven of their last eight matches (Serie A).

There have been over 2.5 goals scored in eight of Napoli’s last nine home games (Serie A).

Tips: Both teams are in great form, so it’s difficult to pick a winner in this one. But there should be goals (Over 2.5)

Real Valladolid vs Barcelona (La Liga): Barcelona need a miracle to retain their La Liga title as they are four points behind Madrid with just three games left.

CHECK IT OUT:  Anthony Joshua says he should have found love a long time ago (Video)

The play Real Valladolid on Saturday and anything other than a win could see Real Madrid win the title with two games to go.  Valladolid meanwhile need points as they are not totally safe from the drop.

There have been under 2.5 goals scored in 16 of Real Valladolid’s last 20 home games (LaLiga).

Barcelona have won 11 of their last 12 matches against Real Valladolid in all competitions.

Barcelona are undefeated in their last nine matches (LaLiga).

Tips: It’s hard to see anything other than a Barcelona win even though they’ve not been convincing in recent games. (Barcelona win)