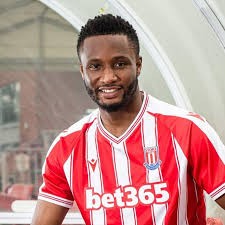 Due to the impact of the coronavirus pandemic on clubs finances, it has been a lowkey summer transfer window for most clubs so far.

However, clubs like Chelsea, Manchester City have been busy as usual with both teams spending heavily in the transfer market.

Pep’s men have brought in Nathan Ake and Ferran Torres from Bournemouth and Valencia respectively for a combined fee of 66 million pounds.

They also signed Pablo Moreno on a free transfer from Juventus while Yan Couto came in for five million pounds from Coritiba.

The Citizens have also been linked with a big-money move for Napoli’s Kalidou Koulibaly as they try to wrestle back the league title from Liverpool.

Meanwhile, Chelsea have been the busiest club in the window so far, having signed six players, and more to come. The Blues spent a combined sum of 81 million pounds to bring in Timo Werner and Hakim Ziyech, while they also coughed out another 45 million to sign Ben Chilwell from Leicester City.

Also, Thiago Silva and Malang Sarr are free transfers from the French Ligue 1. Xavier Mbuyamba was signed from Barcelona for an undisclosed fee. Lampard’s men are also close to finalising an 80 million pounds move for Bayer Leverkusen’s Kai Havertz.

Chelsea’s London rivals, Arsenal, have also been busy themselves with the Gunners bringing in five players. Just yesterday, the FA Cup champions signed Gabriel Magalhaes from Lille for 27 million pounds.

William Saliba also came in from Saint Etienne for the same price. Brazilian winger, Willian, arrived on a free from Chelsea, while Cedric Soares and Pablo Mari are also part of Arsenal’s new signings.

CHECK IT OUT:  FINISH IT! You’re Appointed As Coach Of This Deadly Squad, Which Striker Will You Buy To Complete The Team?

Champions, Liverpool, have been less busy, but they have signed Kostas Tsimikas from Olympiacos for 11.7 million pounds.

Their Merseyside rivals, Everton, are yet to make a major signing, but they’ve agreed a deal with Real Madrid and Napoli to sign James Rodriguez and Allan respectively.

Like the Toffees, Manchester United are also yet to bring in a new player, but they are close to signing highly rated Ajax star, Donny Van De Beek for 40 million pounds.

What about Nigerian stars?

Victor Osimhen’s record transfer from Lille to Napoli has been the biggest move from a Nigerian. The 21-year-old was signed for a club and African record fee of 73 million pounds.

However, Osimhen is not the only Nigerian on the move this summer. Moses Simon sealed a permanent move to Nantes, signing a four-year deal after spending last season on loan from Levante. Talented winger, Chidera Ejuke, made a surprising 10.6 million pounds move from Heerenveen to CSKA Moscow.

Super Eagles goalkeepers, Maduka Okoye and Francis Uzoho, were also on the move with the former signing for Sparta Rotterdam while the latter joined Apoel Nicosia.  Meanwhile, Zaidu Sanusi sealed a move from Santa Clara to Portuguese champions, FC Porto.

Jordan Kadiri joined Lommel Sk while former Golden Eaglets star became a Salzburg player this summer, but will spend the whole of next season with Hartberg.

Former Super Eagles captain, John Mikel Obi was also on the move as he signed a one year deal with Championship side, Stoke City.

What about the rest of Europe?

There’ve been some big money moves, but the biggest deal since the concept of transfers was formed could happen this summer.

Lionel Messi has informed Barcelona he wants to leave the club after 20 years, and a potential departure will definitely be the most significant transfer of all time.

The Argentina captain hopes to leave for free due to an agreement he has with the club. But Barcelona insists any club hoping to sign Messi will have to pay his 625 million pounds release clause.

It promises to be an interesting next few weeks in the transfer window. NaijaCover will be here to provide you with the details about every major move.