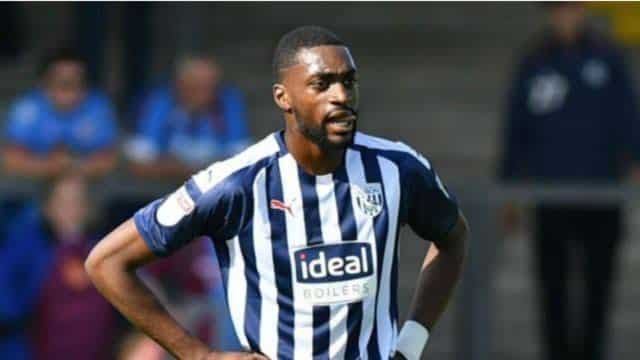 The Nigeria international had a tough night as West Brom suffered a shocking 2-1 defeat at struggling Huddersfield Town to leave their dreams of an automatic promotion ticket hanging by a thread.

Semi Ajayi featured in his 42nd game of a grueling campaign, but his best efforts in West Yorkshire couldn’t help the Baggies bag the points needed to close the gap on Leeds United, who have now confirmed their place in the Premier League next term.

Chris Willock netted an early volley to put the hosts ahead, but Albion fought back and netted just before the breakthrough Dara O’Shea.

However, Huddersfield snatched a victory against the run of play as Emile Smith Rowe’s low strike trickled into the back of the net with only minutes left on the clock at the John Smith’s Stadium.

The defeat means third-placed Brentford can leapfrog Slaven Bilić’s men and move into an automatic promotion position if they win against Stoke City on Saturday.

Settling for a play-off spot would be hard on Ajayi and mates who have spent the best part of the campaign in the top two positions.

They will, however, have no one to blame but themselves having not win any of their last three Championship matches.

CHECK IT OUT:  Khloé Kardashian says she may ‘borrow some sperm’ from ex Tristan Thompson to have her second child