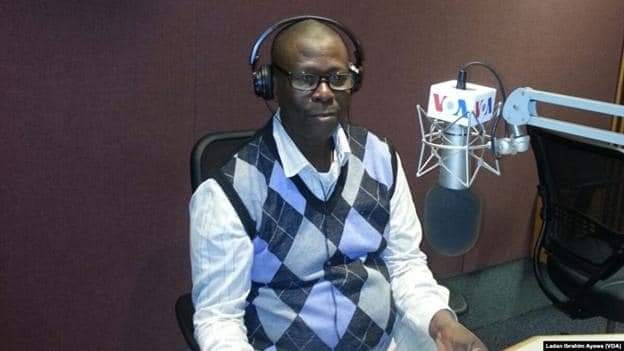 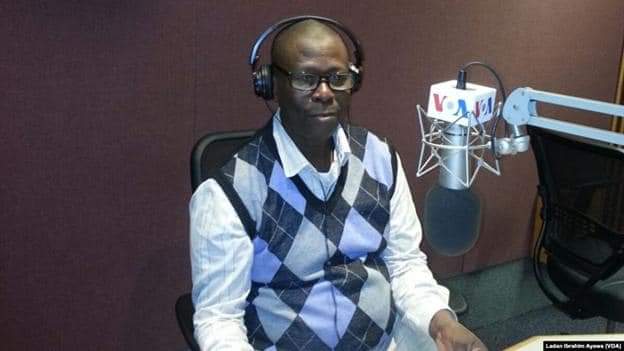 Governor Abubakar Sani Bello of Niger has expressed shock over the death of Ladan Ibrahim Ayawa, a veteran broadcaster with the Voice of America (VOA) Hausa Section.
He was 56 years old.

Ayawa died at Medstar Georgetown University hospital in DC after a brief illness.

In a condolence message signed by chief press secretary, Mrs Mary Noel-Berje, Bello described the deceased as a compatriot and hard-working broadcaster who distinguished himself, contributing immensely to both news and magazine programmes of his station.

The Governor said Ayawa was a role model to younger broadcasters and believed the international broadcasting industry, especially the Hausa section will miss the wealth of knowledge and experience of the veteran broadcaster.

He said though death is a compulsory end to all mortals, the death of Ibrahim Ayawa was a loss not only to the international broadcast industry but to Niger State in particular.

He had a Bachelor of Arts in Hausa from Uthman Danfodio University Sokoto.

He worked with Voice of America Hausa section for many years before he retired this year.

Based in Washington DC, the deceased was a close friend to Governor Abubakar Sani Bello.

He is survived by a wife and three children.

CHECK IT OUT:  DONE DEAL! Barcelona Announce Signing Of A New Goalkeeper (Photo)