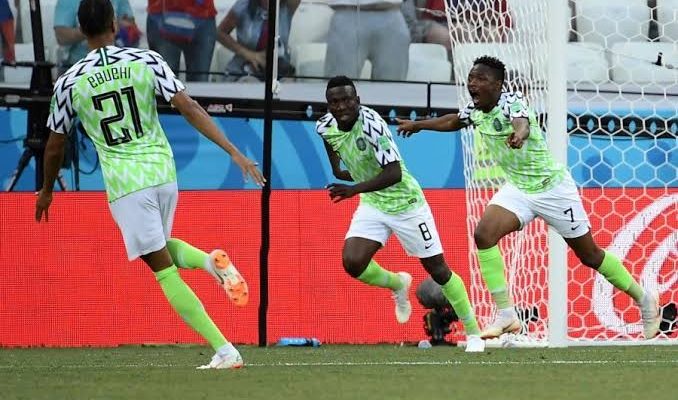 A six-month loan spell for the Oghenekaro Etebo in Spain failed to transform into a permanent contract, and the Potters have declared him surplus to requirement

Stoke City have listed Super Eagles midfielder Oghenekaro Peter Etebo among four players they are looking to offload during this summer transfer window, according to the Stoke Sentinel.

Stoke City signed Etebo from Portuguese side Feirense in 2018 for €7.2 million on a five-year-deal to help boost their chances of gaining promotion to the English Premier League.

The energetic midfielder enjoyed a brilliant maiden season, emerging as one of the club’s better performers, but Stoke disappointingly finished in 16th position.

A delayed start to the 2019–20 season due to his involvement with Nigeria at the 2019 Africa Cup of Nations and a change of club manager saw Etebo lose his place in the Potters’ starting eleven.

The former Warri Wolves ace joined Getafe in January and impressed in La Liga, scoring once in ten appearances.

But the death of his father earlier this summer, which got him stuck in Nigeria, robbed him of the chance to help Getafe finish strongly in La Liga and the Europa League where they were knocked out by Inter Milan last week.

He’s expected to return to the bet365 Stadium, but Etebo’s future at Stoke looks dim with the club reportedly keen on getting the 24-year-old off their books despite having another three years on his contract.

CHECK IT OUT:  SHOCKING!! Lady Beats Husband To Pulp For Calling Her A Prostitute (Video)