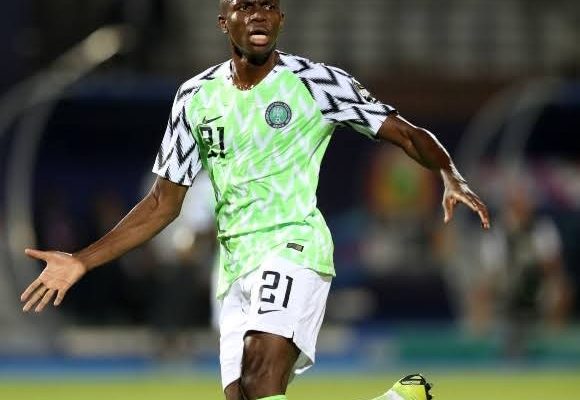 The young Nigerian forward was Les Dogue’s hero last season, but another has been signed to take his place

Newly-recruited Lille striker Jonathan David has hailed Victor Osimhen has an exceptional player even as he looks to follow the footsteps of the Nigerian star in carrying the goalscoring burden of the French side.

Lille snatched Osimhen from Belgian side Sporting Charleroi last summer for €12 million, and the former Wolfsburg lad rewarded Christophe Galtier’s side with 18 goals and six assists in all competitions.

The Super Eagles star has since moved to Napoli with the Serie A club coughing out more than €80 million to make the youngster the most expensive African footballer in history.

Lille have spent €32 million of that income to tempt another Jupiler League side, Gent, to part with their most prized asset in a repeat of their Osimhen move last year.

The five-year deal makes the 20-year-old David the most expensive Canadian transfer ever.

But having scored 23 goals and provided ten assists in just 40 games for Gent last term, David is not fazed by the demands of stepping into the shoes left behind by his predecessor.

“We have a somewhat similar course. Victor came from Belgium when he joined at LOSC, and this is also my case,” David told Francebleu.

“Afterwards, he is an exceptional player. He proved it last season. But we are also players with very different profiles. So everyone will have their own path.”

David has chosen to wear the number nine jersey for Lille, unlike Osimhen, who wore the number seven kit.

CHECK IT OUT:  LMAO!! See What Funke Akindele Will Look Like When She Is Old (Photos)