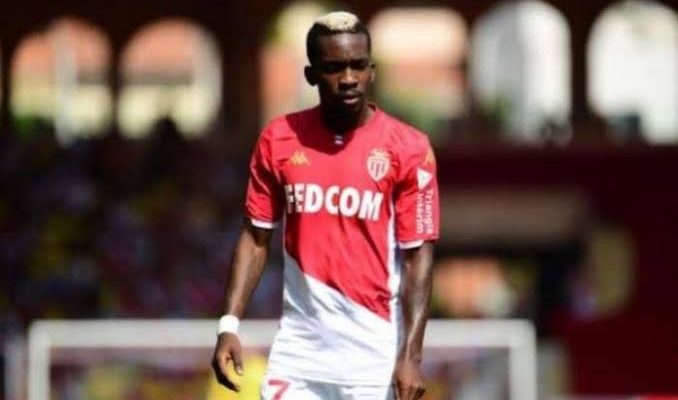 The former Eupen star has not featured much in the plans of his boss at the French side, and he has made up his mind to take his football elsewhere before the end of the winter transfer season

Nigerian forward Henry Onyekuru is keen on quitting Monaco this month as he is not in the plans of manager Niko Kovac.

The Croatian gaffer has afforded the Super Eagles star only four appearances totalling a mere 141 minutes in the Ligue 1 this term.

The last of those game time came as a late substitute in the 2-1 away defeat to Rennes in September.

That is way below expectations for a player Monaco purchased for €13.5 million from Everton in 2019.

Onyekuru knows that to establish himself at the club and international level, he needs to be playing more regularly.

“I think it was sudden, and I had no idea about the move,” Onyekuru told the BBC.

“It was all decided between both clubs in two days, and I had to rush down to Monaco to complete the transfer.

“Unfortunately, I didn’t get much playing time. I think there’s more to it.

“I am not someone to make excuses about life or football, but I think the manager has a different plan, and I am probably not in that plan.

“I’ll definitely be leaving in January for football reasons, so I can return to the form I need to be in.”

The former Anderlecht loanee is poised to switch clubs in the coming weeks.

Onyekuru is not short of suitors, with Turkish giants Galatasaray reportedly in negotiations with Monaco for the former Everton signing.

CHECK IT OUT:  Ndidi: Replacing Kante Was Scary