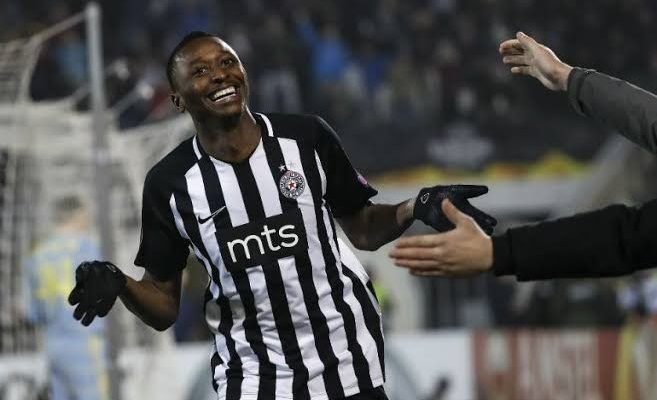 The 2020-21 league season is heating up in Belgium, Serbia, and some other parts of Europe and Nigerian stars already making their mark.

Umar Sadiq scored his third goal in three games to lift Partizan to a 2-0 win at Radnik Surdulica on Saturday afternoon.

After a goalless first 45, Asano opened the scoring for the visitors just past the hour-mark before the Nigeria youth international doubled the team’s advantage moments before the end.

The former AS Roma striker had his most prolific campaign last year scoring 12 goals and creating 13 assists as Partizan ended as runners-up in the Serbian top-flight.

Nigerian midfielder Eze Okeuhie also netted a brace for Cukaricki as the Serbian side handed a 5-1 thrashing to Zlatibor Čajetina.

The 27-year-old now has four goals in three league games, having found the back of the net just three times throughout last term.

The huge win lifts Cukaricki to ten points and second on the Super Liga table, one better than fourth-placed Partizan.